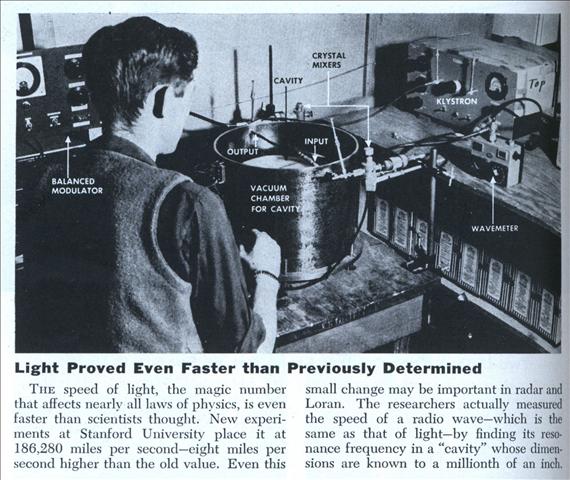 The speed of light, the magic number that affects nearly all laws of physics, is even faster than scientists thought. New experiments at Stanford University place it at 186,280 miles per second—eight miles per second higher than the old value. Even this small change may be important in radar and Loran. The researchers actually measured the speed of a radio wave—which is the same as that of light—by finding its resonance frequency in a “cavity” whose dimensions are known to a millionth of an inch.