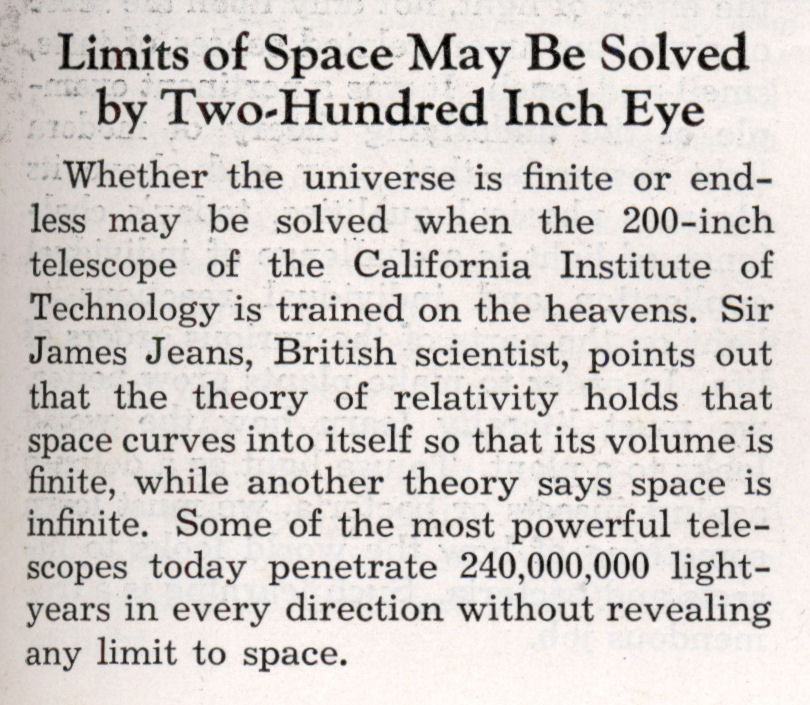 Limits of Space May Be Solved by Two-Hundred Inch Eye
Whether the universe is finite or endless may be solved when the 200-inch telescope of the California Institute of Technology is trained on the heavens. Sir James Jeans, British scientist, points out that the theory of relativity holds that space curves into itself so that its volume is finite, while another theory says space is infinite. Some of the most powerful telescopes today penetrate 240,000,000 light-years in every direction without revealing any limit to space.