According to his brief Wikipedia entry J. Arthur Thomson was known for his attempts to reconcile science and religion which I suppose explains the mix of “wonders”. 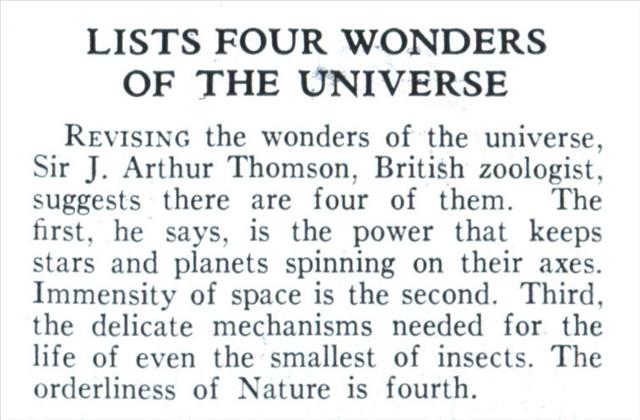 LISTS FOUR WONDERS OF THE UNIVERSE

Revising the wonders of the universe, Sir J. Arthur Thomson. British zoologist, suggests there are four of them. The first, he says, is the power that keeps stars and planets spinning on their axes. Immensity of space is the second. Third, the delicate mechanisms needed for the life of even the smallest of insects. The orderliness of Nature is fourth.