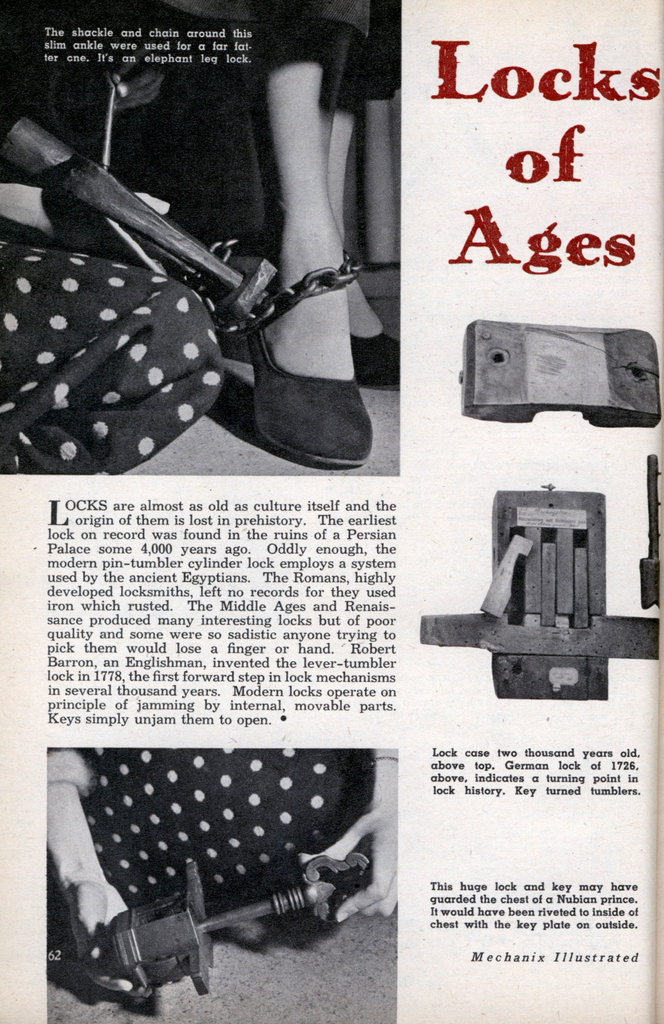 LOCKS are almost as old as culture itself and the origin of them is lost in prehistory. The earliest lock on record was found in the ruins of a Persian Palace some 4,000 years ago. Oddly enough, the modern pin-tumbler cylinder lock employs a system used by the ancient Egyptians. The Romans, highly developed locksmiths, left no records for they used iron which rusted. The Middle Ages and Renaissance produced many interesting locks but of poor quality and some were so sadistic anyone trying to pick them would lose a finger or hand. Robert Barron, an Englishman, invented the lever-tumbler lock in 1778, the first forward step in lock mechanisms in several thousand years. Modern locks operate on principle of jamming by internal, movable parts. Keys simply unjam them to open.