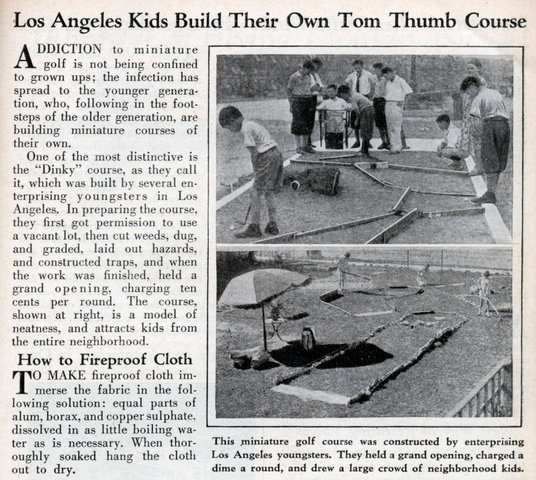 ADDICTION to miniature golf is not being confined to grown ups; the infection has spread to the younger generation, who, following in the footsteps of the older generation, are building miniature courses of their own.

One of the most distinctive is the “Dinky” course, as they call it, which was built by several enterprising youngsters in Los Angeles. In preparing the course, they first got permission to use a vacant lot, then cut weeds, dug, and graded, laid out hazards, and constructed traps, and when the work was finished, held a grand opening, charging ten cents per round. The course, shown at right, is a model of neatness, and attracts kids from the entire neighborhood.