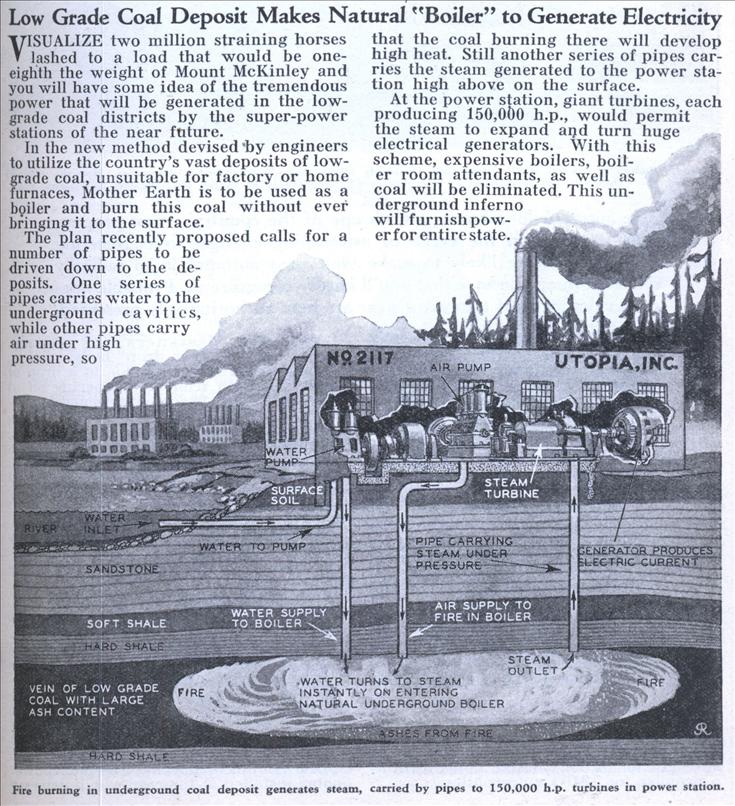 VISUALIZE two million straining horses lashed to a load that would be one-eighth the weight of Mount McKinley and you will have some idea of the tremendous power that will be generated in the low-grade coal districts by the super-power stations of the near future.

In the new method devised by engineers to utilize the country’s vast deposits of low-grade coal, unsuitable for factory or home furnaces, Mother Earth is to be used as a boiler and burn this coal without ever bringing it to the surface.

The plan recently proposed calls for a number of pipes to be driven down to the deposits. One series of pipes carries water to the underground cavities, while other pipes carry air under high pressure, so that the coal burning there will develop high heat. Still another series of pipes carries the steam generated to the power station high above on the surface.

At the power station, giant turbines, each producing 150,000 h.p., would permit the steam to expand and turn huge electrical generators. With this scheme, expensive boilers, boiler room attendants, as well as coal will be eliminated. This underground inferno will furnish power for entire state.