This is back when Ma Bell was a proud monopoly. “One Policy, One System, Universal Service”. I’m starting to think that Tolkien lifted his whole “one ring” idea from AT&T. 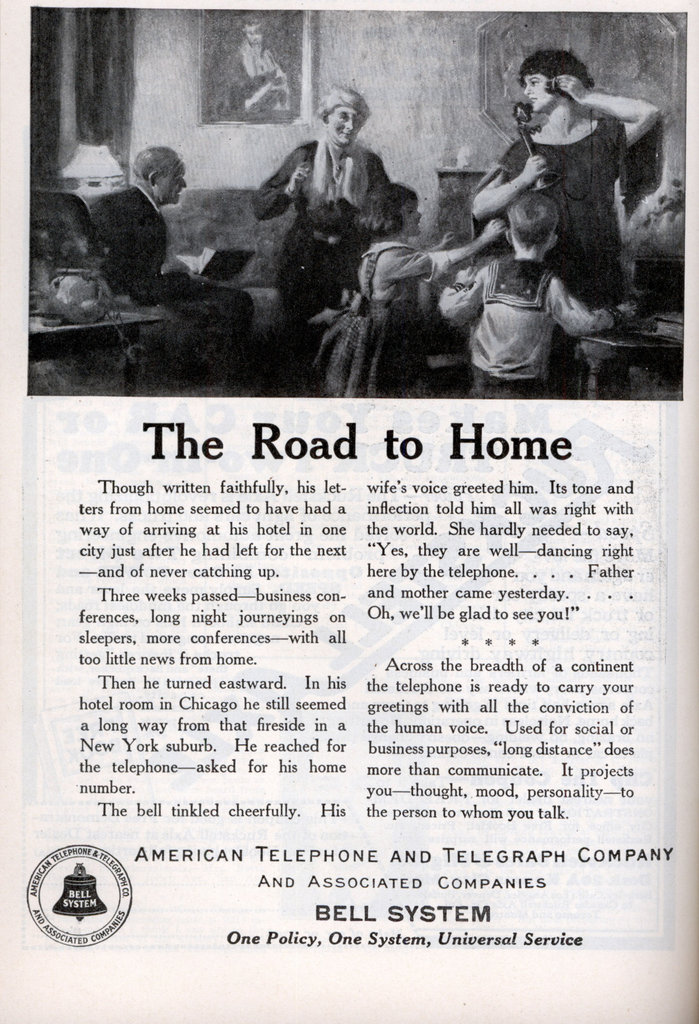 The Road to Home

Though written faithfully, his letters from home seemed to have had a way of arriving at his hotel in one city just after he had left for the next â€”and of never catching up.

Then he turned eastward. In his hotel room in Chicago he still seemed a long way from that fireside in a New York suburb. He reached for the telephoneâ€”asked for his home number.

The bell tinkled cheerfully. His wife’s voice greeted him. Its tone and inflection told him all was right with the world. She hardly needed to say, “Yes, they are wellâ€”dancing right here by the telephone. . . . Father and mother came yesterday. . . . Oh, we’ll be glad to see you!”

Across the breadth of a continent the telephone is ready to carry your greetings with all the conviction of the human voice. Used for social or business purposes, “long distance” does more than communicate. It projects youâ€”thought, mood, personalityâ€”to the person to whom you talk.