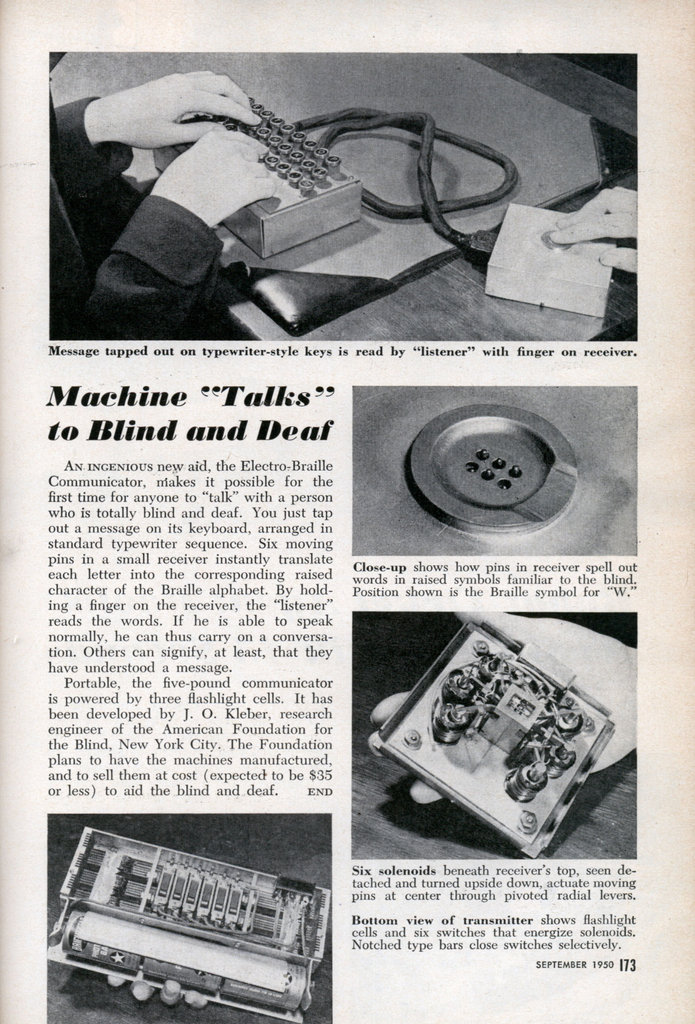 Machine “Talks” to Blind and Deaf

An ingenious new aid, the Electro-Braille Communicator, makes it possible for the first time for anyone to “talk” with a person who is totally blind and deaf. You just tap out a message on its keyboard, arranged in standard typewriter sequence. Six moving pins in a small receiver instantly translate each letter into the corresponding raised character of the Braille alphabet. By holding a finger on the receiver, the “listener” reads the words. If he is able to speak normally, he can thus carry on a conversation. Others can signify, at least, that they have understood a message.

Portable, the five-pound communicator is powered by three flashlight cells. It has been developed by J. O. Kleber, research engineer of the American Foundation for the Blind, New York City. The Foundation plans to have the machines manufactured, and to sell them at cost (expected to be $35 or less) to aid the blind and deaf.