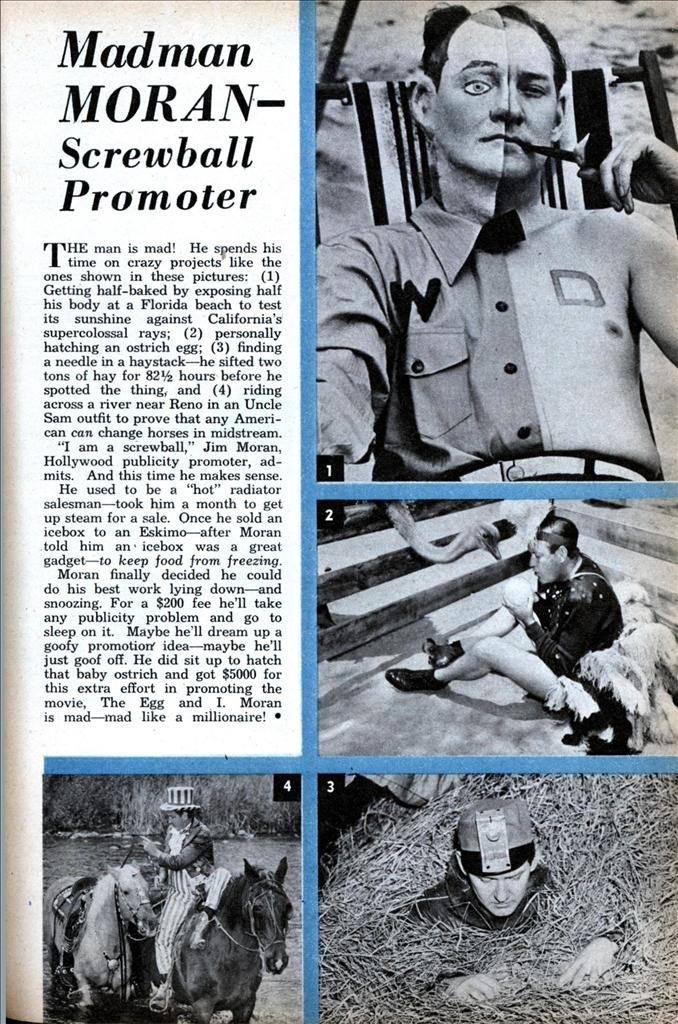 THE man is mad! He spends his time on crazy projects like the ones shown in these pictures: (1) Getting half-baked by exposing half his body at a Florida beach to test its sunshine against California’s supercolossal rays; (2) personally hatching an ostrich egg; (3) finding a needle in a haystack—he sifted two tons of hay for 82-1/2 hours before he spotted the thing, and (4) riding across a river near Reno in an Uncle Sam outfit to prove that any American can change horses in midstream.

“I am a screwball,” Jim Moran, Hollywood publicity promoter, admits. And this time he makes sense.

He used to be a “hot” radiator salesman—took him a month to get up steam for a sale. Once he sold an icebox to an Eskimo—after Moran told him an icebox was a great gadget—to keep food from freezing.

Moran finally decided he could do his best work lying down—and snoozing. For a $200 fee he’ll take any publicity problem and go to sleep on it. Maybe hell dream up a goofy promotion idea—maybe he’ll just goof off. He did sit up to hatch that baby ostrich and got $5000 for this extra effort in promoting the movie, The Egg and I. Moran is mad—mad like a millionaire!