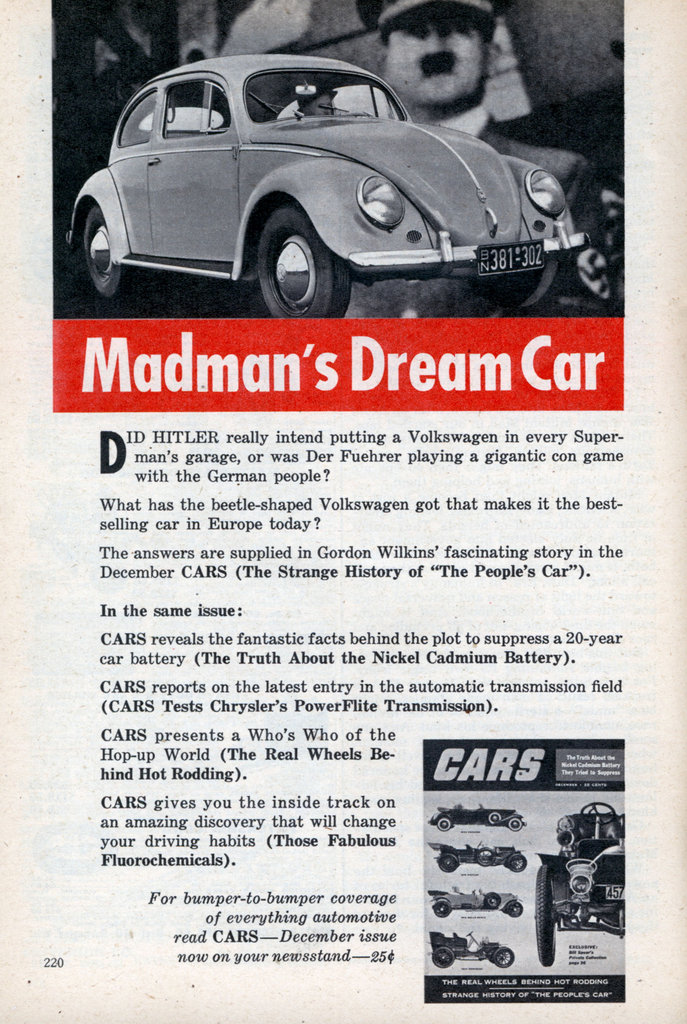 DID HITLER really intend putting a Volkswagen in every Super-man’s garage, or was Der Fuehrer playing a gigantic con game with the German people?

What has the beetle-shaped Volkswagen got that makes it the best-selling car in Europe today?

The answers are supplied in Gordon Wilkins’ fascinating story in the December CARS (The Strange History of “The People’s Car”).

In the same issue:

CARS reveals the fantastic facts behind the plot to suppress a 20-year car battery (The Truth About the Nickel Cadmium Battery).

CARS presents a Who’s Who of the Hop-up World (The Real Wheels Behind Hot Rodding).

CARS gives you the inside track on an amazing discovery that will change your driving habits (Those Fabulous Fluorochemicals).