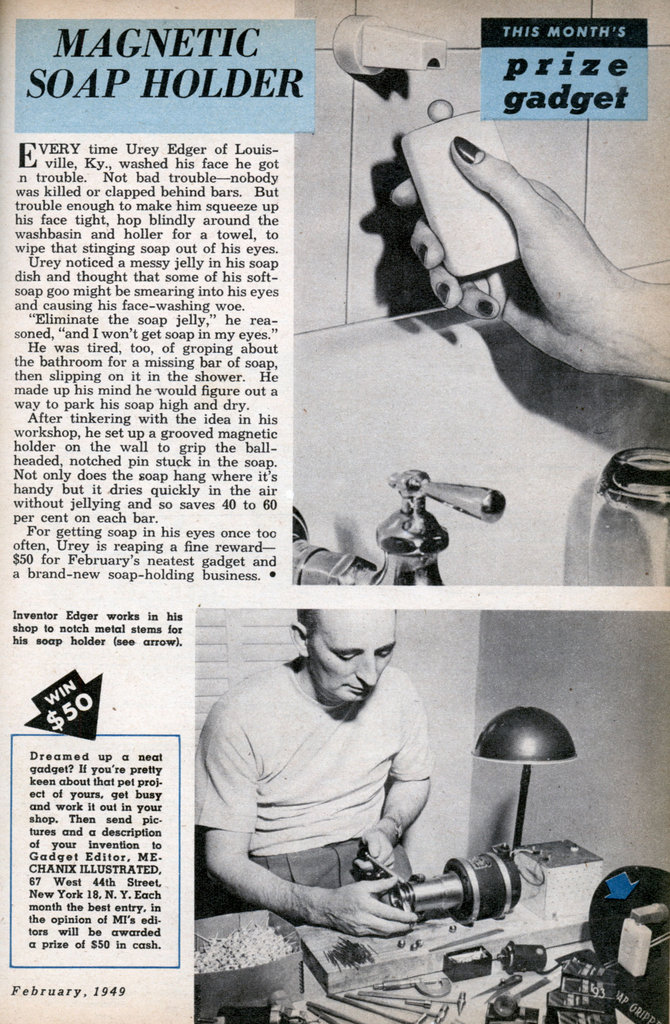 EVERY time Urey Edger of Louisville, Ky., washed his face he got n trouble. Not bad troubleâ€”nobody was killed or clapped behind bars. But trouble enough to make him squeeze up his face tight, hop blindly around the washbasin and holler for a towel, to wipe that stinging soap out of his eyes.

Urey noticed a messy jelly in his soap dish and thought that some of his soft-soap goo might be smearing into his eyes and causing his face-washing woe.

“Eliminate the soap jelly,” he reasoned, “and I won’t get soap in my eyes.”

He was tired, too, of groping about the bathroom for a missing bar of soap, then slipping on it in the shower. He made up his mind he would figure out a way to park his soap high and dry.

After tinkering with the idea in his workshop, he set up a grooved magnetic holder on the wall to grip the ball-headed, notched pin stuck in the soap. Not only does the soap hang where it’s handy but it dries quickly in the air without jellying and so saves 40 to 60 per cent on each bar.

For getting soap in his eyes once too often, Urey is reaping a fine rewardâ€” $50 for February’s neatest gadget and a brand-new soap-holding business.