This is actually rather clever. 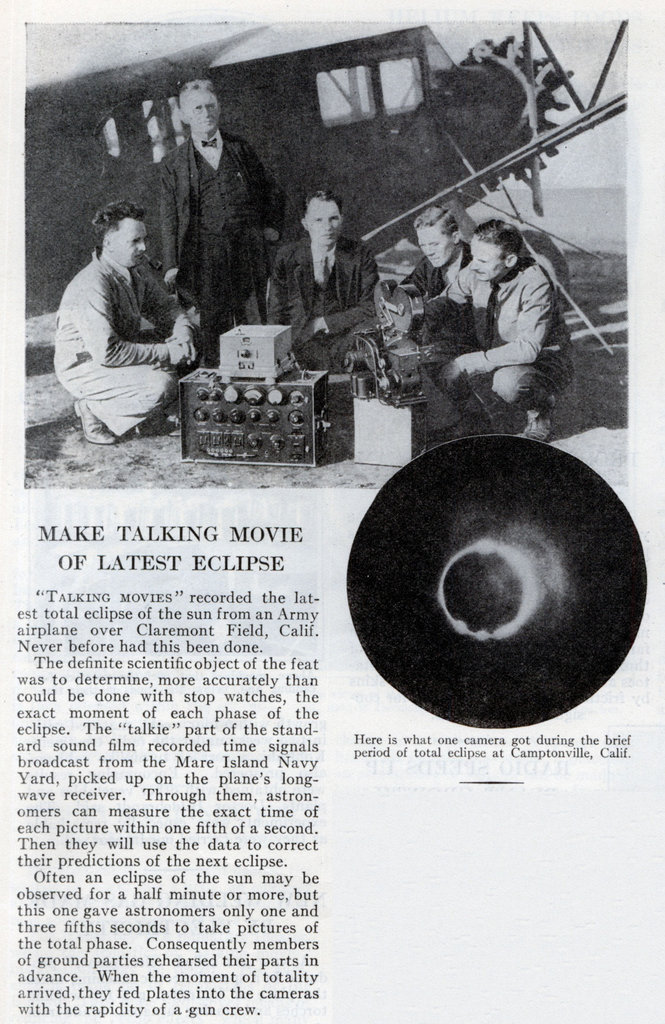 “Talking movies” recorded the latest total eclipse of the sun from an Army airplane over Claremont Field, Calif. Never before had this been done.

The definite scientific object of the feat was to determine, more accurately than could be done with stop watches, the exact moment of each phase of the eclipse. The “talkie” part of the standard sound film recorded time signals broadcast from the Mare Island Navy Yard, picked up on the plane’s longwave receiver. Through them, astronomers can measure the exact time of each picture within one fifth of a second. Then they will use the data to correct their predictions of the next eclipse.

Often an eclipse of the sun may be observed for a half minute or more, but this one gave astronomers only one and three fifths seconds to take pictures of the total phase. Consequently members of ground parties rehearsed their parts in advance. When the moment of totality arrived, they fed plates into the cameras with the rapidity of a-gun crew.