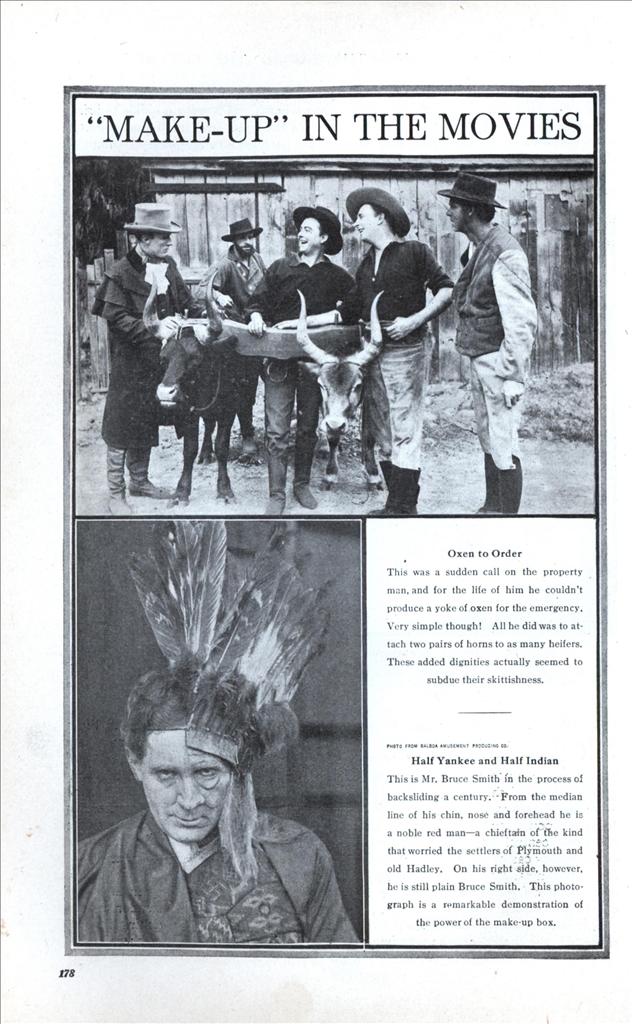 Half Yankee and Half Indian

This is Mr. Bruce Smith in the process of backsliding a century.” * From the median line of his chin, nose and forehead he is a noble red man—a chieftain of “(he kind that worried the settlers of Plymouth and old Hadley. On his right side, however, he is still plain Bruce Smith. This photograph is a remarkable demonstration of the power of the make-up box.

Would You Treat Your Wife This Way?

Of course Ralph Ince, the motion picture director shown in the photograph at the right, did not have the “knockdown, drag-out” fight with Lucille Lee Stewart—his wife—that her appearance would seem to indicate. Below is shown what really happened to Miss Stewart. The official make-up men took her when she was looking her prettiest, robbed her of a few necessary hairpins, and then daubed her artistically from head to foot with a paint brush so her attire would seem sufficiently disreputable. When she appeared in the cinema every fan believed that she really had been through the mill.