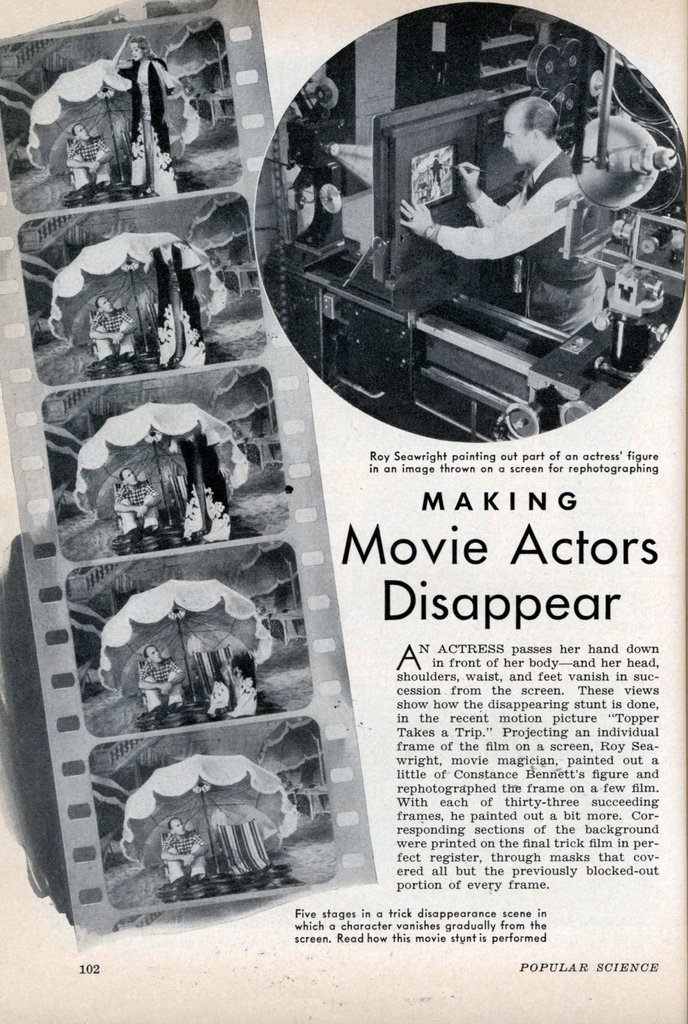 AN ACTRESS passes her hand down in front of her body—and her head, shoulders, waist, and feet vanish in succession from the screen. These views show how the disappearing stunt is done, in the recent motion picture “Topper Takes a Trip.” Projecting an individual frame of the film on a screen, Roy Sea-wright, movie magician, painted out a little of Constance Bennett’s figure and rephotographed the frame on a few film. With each of thirty-three succeeding frames, he painted out a bit more. Corresponding sections of the background were printed on the final trick film in perfect register, through masks that covered all but the previously blocked-out portion of every frame.