I’m sure this is just as the pharaohs intended. 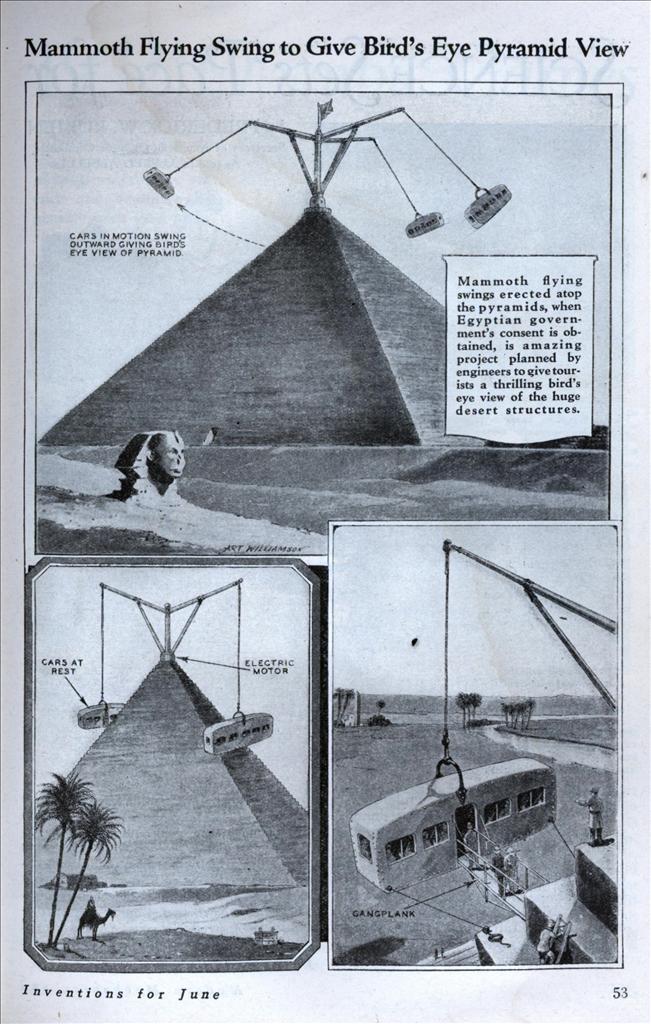 Mammoth Flying Swing to Give Bird’s Eye Pyramid View
Mammoth flying swings erected atop the pyramids, when Egyptian government’s consent is obtained, is amazing project planned by engineers to give tourists a thrilling bird’s eye view of the huge desert structures.