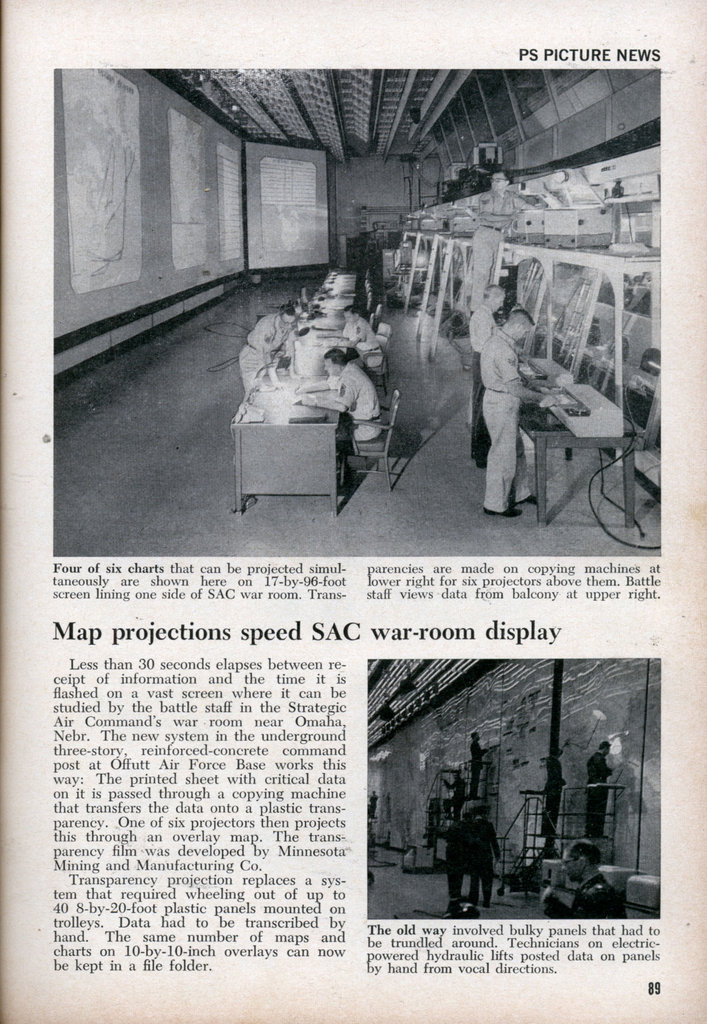 Less than 30 seconds elapses between receipt of information and the time it is flashed on a vast screen where it can be studied by the battle staff in the Strategic Air Command’s war room near Omaha, Nebr. The new system in the underground three-story, reinforced-concrete command post at Offutt Air Force Base works this way: The printed sheet with critical data on it is passed through a copying machine that transfers the data onto a plastic transparency. One of six projectors then projects this through an overlay map. The transparency film was developed by Minnesota Mining and Manufacturing Co.

Transparency projection replaces a system that required wheeling out of up to 40 8-by-20-foot plastic panels mounted on trolleys. Data had to be transcribed by hand. The same number of maps and charts on 10-by-10-inch overlays can now be kept in a file folder.