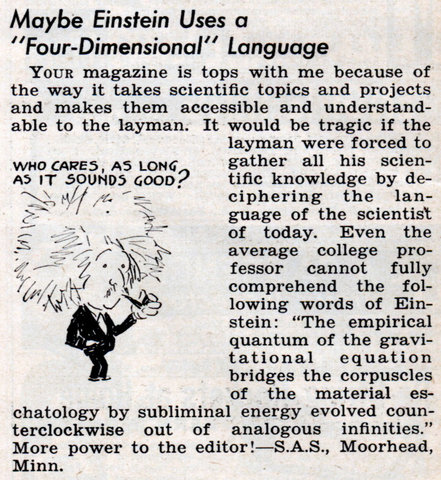 Maybe Einstein Uses a “Four-Dimensional” Language
Your magazine is tops with me because of the way it takes scientific topics and projects and makes them accessible and understandable to the layman. It would be tragic if the layman were forced to gather all his scientific knowledge by deciphering the language of the scientist of today. Even the average college professor cannot fully comprehend the following words of Einstein: “The empirical quantum of the gravitational equation bridges the corpuscles of the material eschatology by subliminal energy evolved counterclockwise out of analogous infinities.” More power to the editor!â€”S.A.S., Moorhead, Minn.