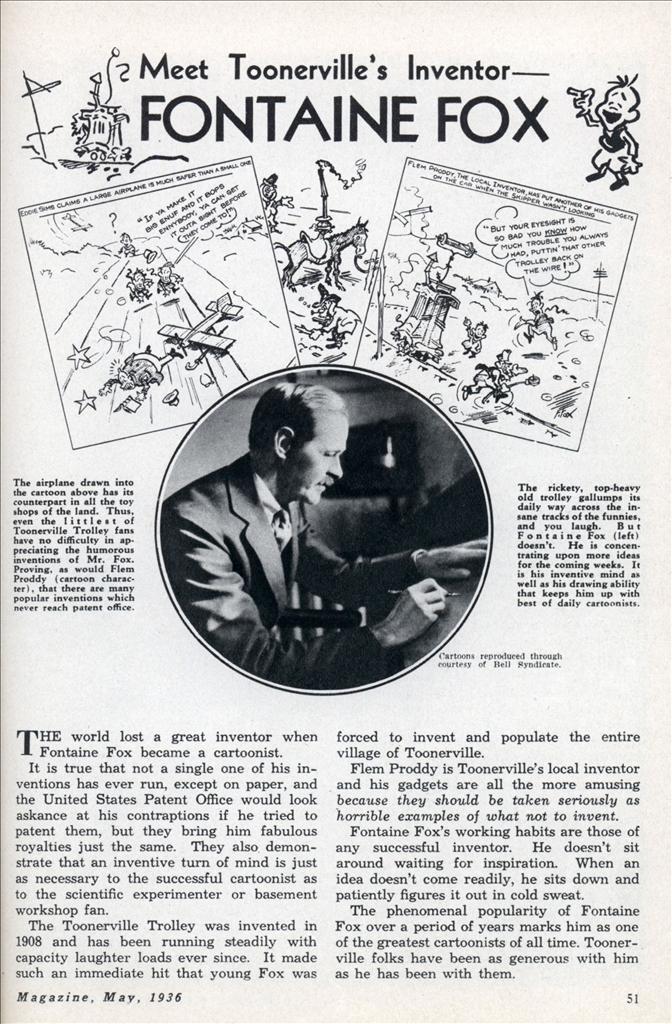 THE world lost a great inventor when Fontaine Fox became a cartoonist.

It is true that not a single one of his inventions has ever run, except on paper, and the United States Patent Office would look askance at his contraptions if he tried to patent them, but they bring him fabulous royalties just the same. They also demonstrate that an inventive turn of mind is just as necessary to the successful cartoonist as to the scientific experimenter or basement workshop fan.

The Toonerville Trolley was invented in 1908 and has been running steadily with capacity laughter loads ever since. It made such an immediate hit that young Fox was forced to invent and populate the entire village of Toonerville.

Flem Proddy is Toonerville’s local inventor and his gadgets are all the more amusing because they should be taken seriously as horrible examples of what not to invent.

Fontaine Fox’s working habits are those of any successful inventor. He doesn’t sit around waiting for inspiration- When an idea doesn’t come readily, he sits down and patiently figures it out in cold sweat.

The phenomenal popularity of Fontaine Fox over a period of years marks him as one of the greatest cartoonists of all time. Toonerville folks have been as generous with him as he has been with them.