I misread the head line as “Men Easier to Hunt Than Women” and was a bit confused.

I did a little googling and this seems to still be a pretty open question. 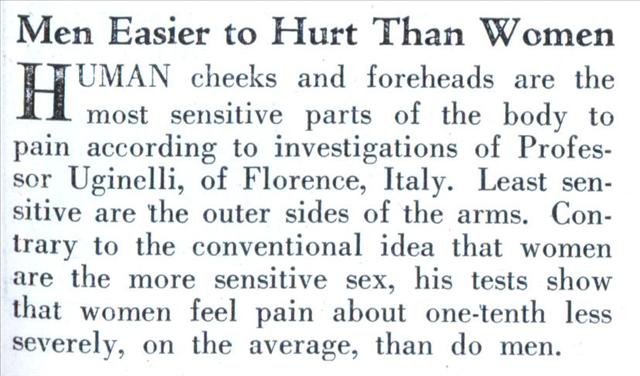 Men Easier to Hurt Than Women

HUMAN cheeks and foreheads are the most sensitive parts of the body to pain according to investigations of Professor Uginelli, of Florence, Italy. Least sensitive are the outer sides of the arms. Contrary to the conventional idea that women are the more sensitive sex, his tests show that women feel pain about one-tenth less severely, on the average, than do men.