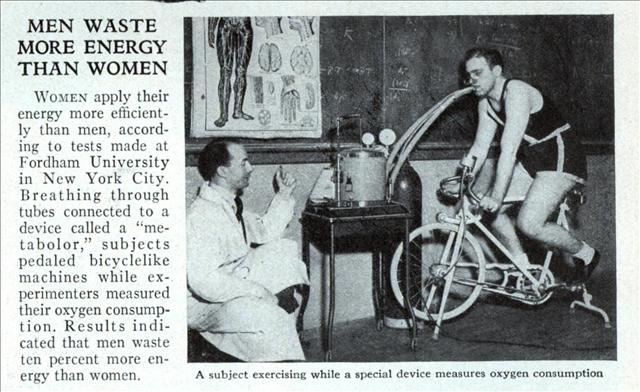 Women apply their energy more efficiently than men, according to tests made at Fordham University in New York City. Breathing through tubes connected to a device called a “metabolor,” subjects pedaled bicyclelike machines while experimenters measured their oxygen consumption. Results indicated that men waste ten percent more energy than women.