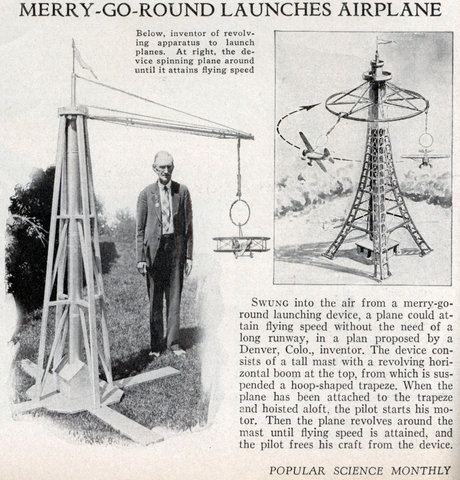 Swung into the air from a merry-go-round launching device, a plane could attain flying speed without the need of a long runway, in a plan proposed by a Denver, Colo., inventor. The device consists of a tall mast with a revolving horizontal boom at the top, from which is suspended a hoop-shaped trapeze. When the plane has been attached to the trapeze and hoisted aloft, the pilot starts his motor. Then the plane revolves around the mast until flying speed is attained, and the pilot frees his craft from the device.