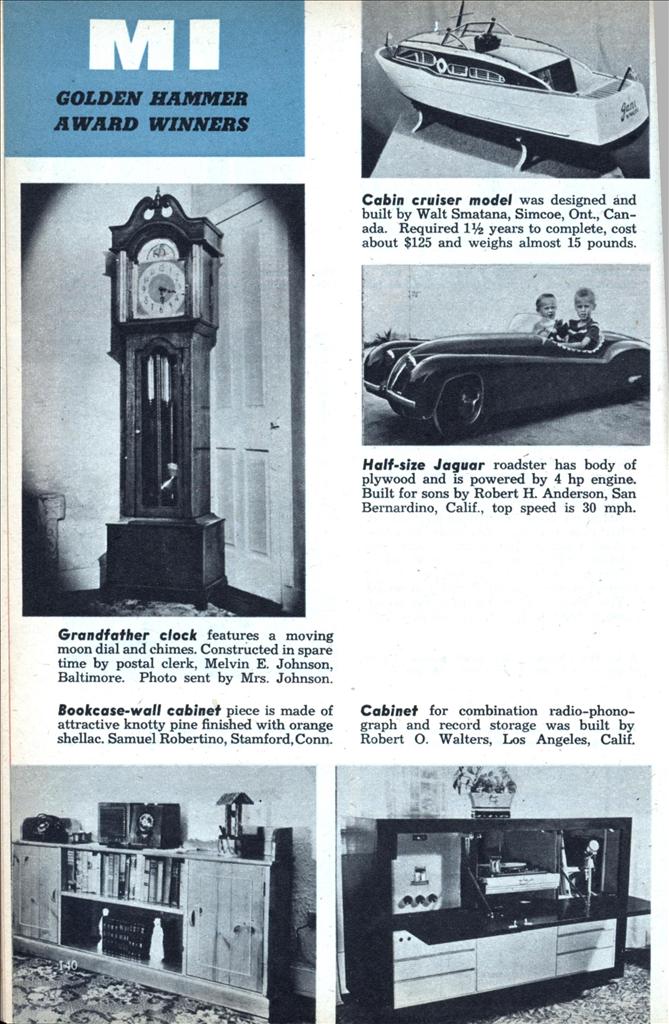 Modern server was made by rebuilding an old dresser, fronting drawers with parina pine. By A. Wade Blake, Bartow, Fla.

Each craftsman whose project is shown has received a 24 karat gold-plated Hammer and a Workbench Award Certificate. How about sending us a photo and description of your latest project? If you aren’t, a winner, you may still receive a Certificate Of Merit. Photographs of you and your workshop are also eligible for an award. Send entries to Mechanix Illustrated Golden Hammer Awards, 67 West 44th Street, New York 36, New York. If you want entries returned, please Enclose postage.