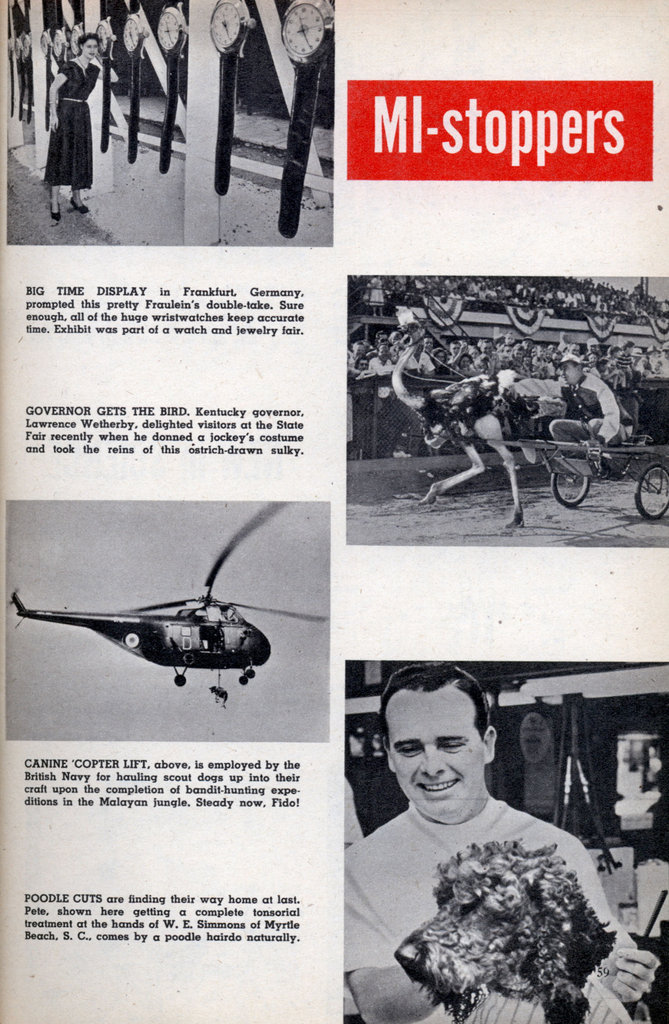 BIG TIME DISPLAY in Frankfurt Germany, prompted this pretty Fraulein’s double-take. Sure enough, all of the huge wristwatches keep accurate time. Exhibit was part of a watch and jewelry fair.

GOVERNOR GETS THE BIRD. Kentucky governor, Lawrence Wetherby. delighted visitors at the State Fair recently when be donned a jockey’s costume and took the reins of this ostrich-drawn sulky.

CANINE COPTER LIFT, above, is employed by the British Navy for hauling scout dogs up into their craft upon the completion of bandit-hunting expeditions in the Malayan jungle. Steady now, Fido!

POODLE CUTS are finding their way home at last. Pete, shown here getting a complete tonsorial treatment at the hands of W. E. Simmons of Myrtle Beach, S. C comes by a poodle hairdo naturally.