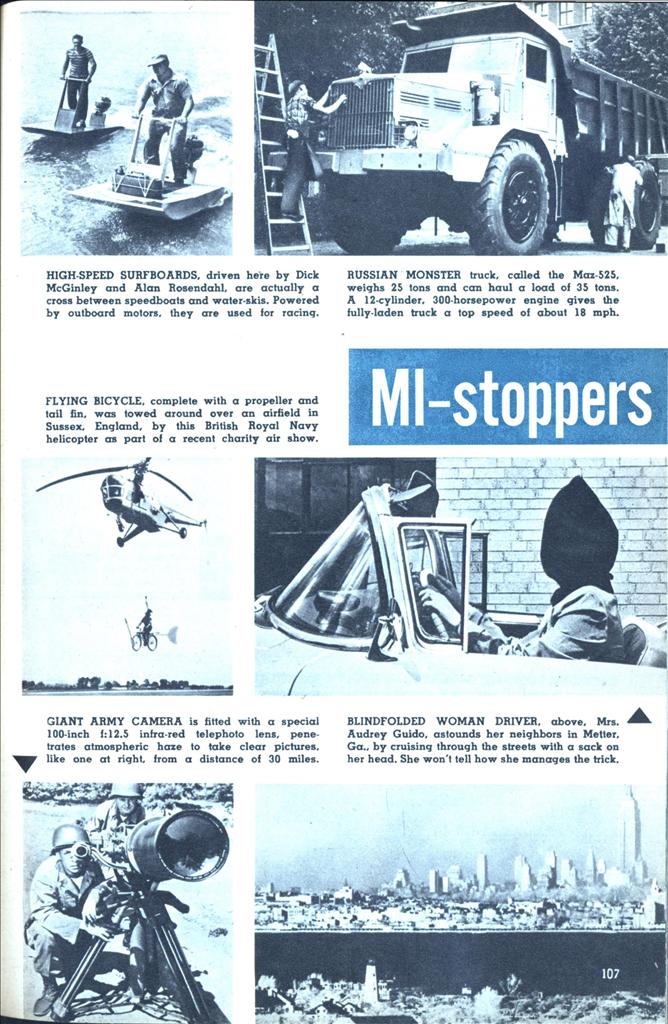 HIGH-SPEED SURFBOARDS, driven here by Dick McGinley and Alan Rosendahl, are actually a cross between speedboats and water-skis. Powered by outboard motors, they are used for racing.

RUSSIAN MONSTER truck, called the Maz-525. weighs 25 tons and can haul a load of 35 tons. A 12-cylinder, 300-horsepower engine gives the fully-laden truck a top speed of about 18 mph.

FLYING BICYCLE, complete with a propeller and tail fin. was towed around over an airfield in Sussex. England, by this British Royal Navy helicopter as part of a recent charity air show.

GIANT ARMY CAMERA is fitted with a special 100-inch f:12.5 infra-red telephoto lens, penetrates atmospheric haze to take clear pictures, like one at right, from a distance of 30 miles.

BLINDFOLDED WOMAN DRIVER, above. Mrs. Audrey Guido. astounds her neighbors in Metier, Ga., by cruising through the streets with a sack on her head. She won’t tell how she manages the trick.