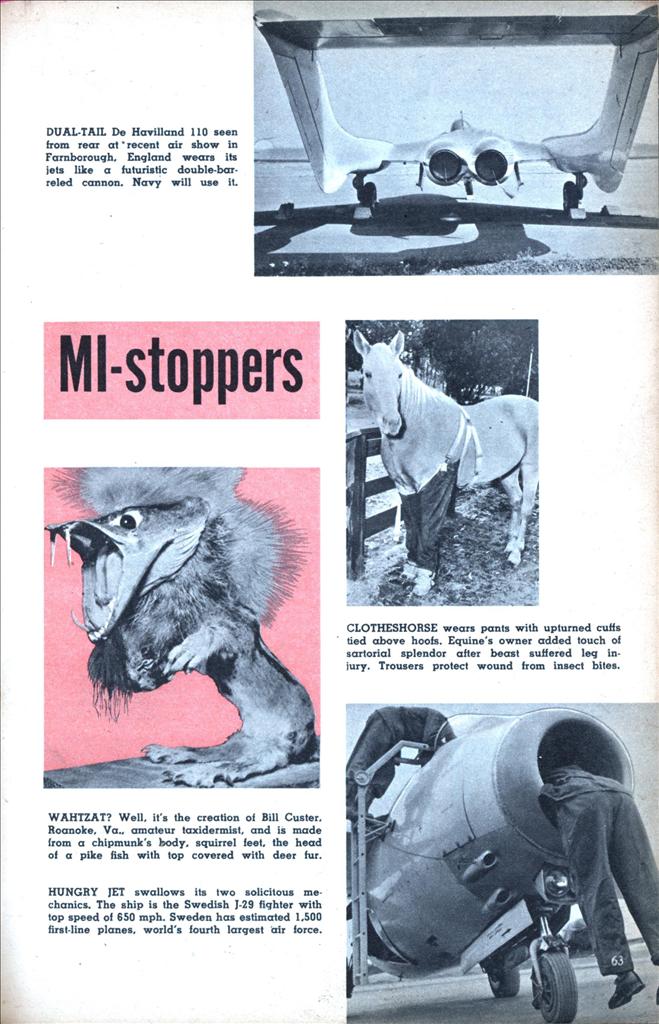 DUAL-TAIL De Havilland 110 seen from rear at recent air show in Farnborough. England wears its jets like a futuristic double-barreled cannon. Navy will use it.

WAHTZAT? Well, it’s the creation of Bill Custer. Roanoke. Va., amateur taxidermist, and is made from a chipmunk’s body, squirrel feet, the head of a pike fish with top covered with deer fur.