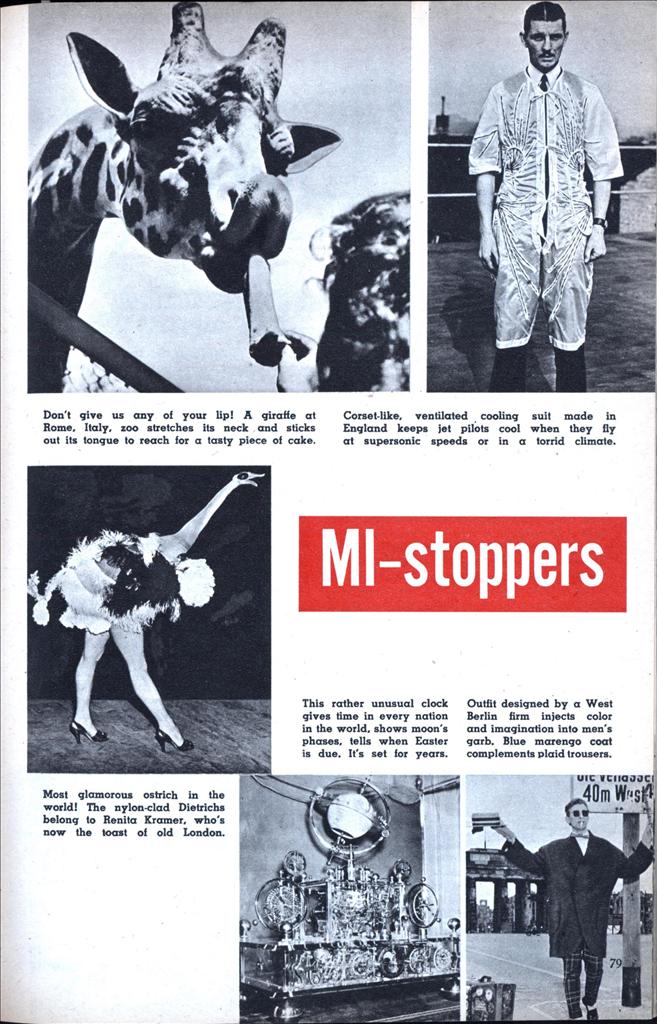 Don’t give us any of your lip! A giraffe at Rome. Italy, zoo stretches its neck and sticks out its tongue to reach for a tasty piece of cake.

Corset-like, ventilated cooling suit made in England keeps jet pilots cool when they By at supersonic speeds or in a torrid climate.

Most glamorous ostrich in the world! The nylon-clad Dietrichs belong to Renita Kramer, who’s now the toast of old London.

This rather unusual clock gives time in every nation in the world, shows moon’s phases, tells when Easter is due. It’s set for years.