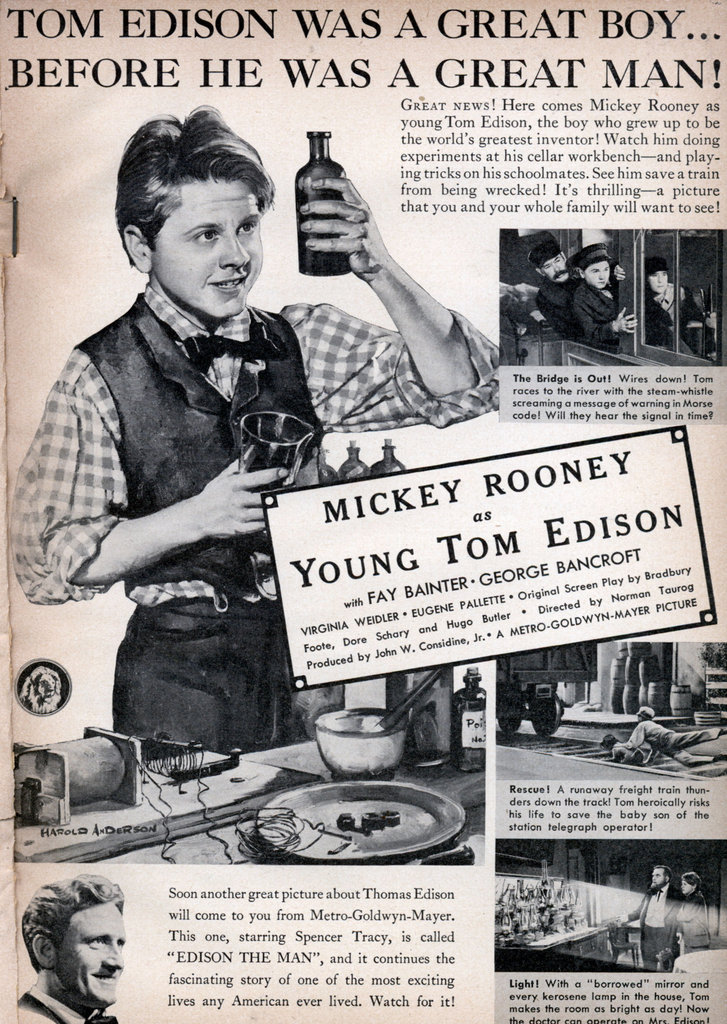 Great news! Here comes Mickey Rooney as young Tom Edison, the boy who grew up to be the world’s greatest inventor! Watch him doing experiments at his cellar workbenchâ€”and playing tricks on his schoolmates. See him save a train from being wrecked! It’s thrillingâ€”a picture that you and your whole family will want to see!

Soon another great picture about Thomas Edison will come to you from Metro-Goldwyn-Mayer. This one, starring Spencer Tracy, is called “EDISON THE MAN”, and it continues the fascinating story of one of the most exciting lives any American ever lived. Watch for it!