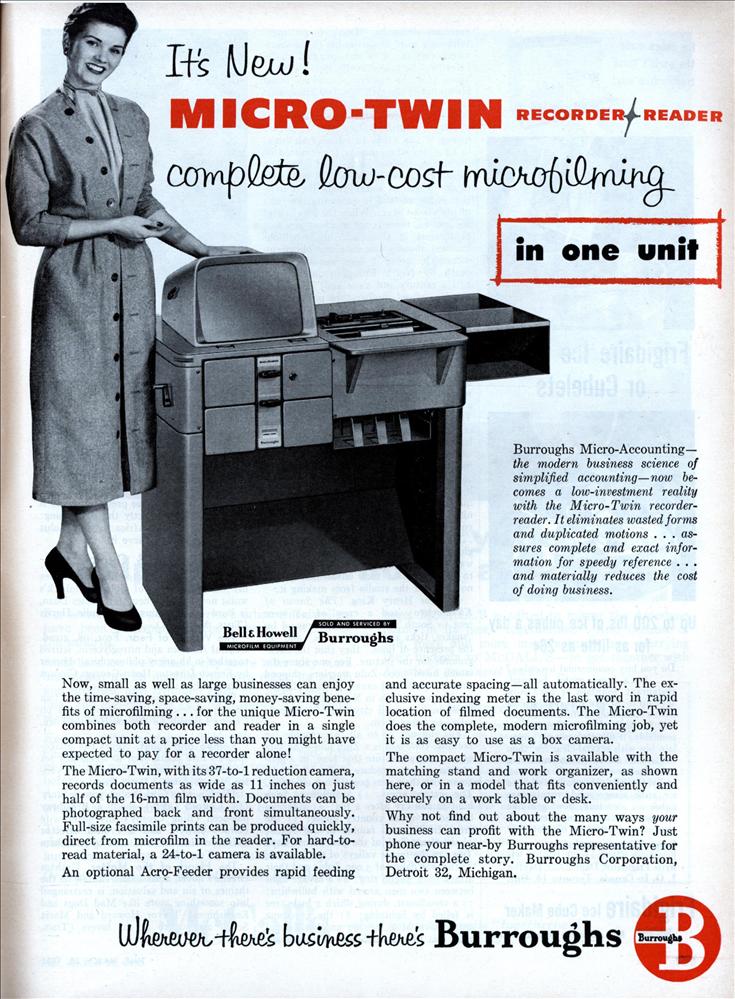 complete low-cost microfilming in one unit

Now, small as well as large businesses can enjoy the time-saving, space-saving, money-saving benefits of microfilming … for the unique Micro-Twin combines both recorder and reader in a single compact unit at a price less than you might have expected to pay for a recorder alone!

The Micro-Twin, with its 37-to-l reduction camera, records documents as wide as 11 inches on just half of the 16-mm film width. Documents can be photographed back and front simultaneously. Full-size facsimile prints can be produced quickly, direct from microfilm in the reader. For hard-to-read material, a 24-to-l camera is available.

An optional Acro-Feeder provides rapid feeding and accurate spacing—all automatically. The exclusive indexing meter is the last word in rapid location of filmed documents. The Micro-Twin does the complete, modern microfilming job, yet it is as easy to use as a box camera.

The compact Micro-Twin is available with the matching stand and work organizer, as shown here, or in a model that fits conveniently and securely on a work table or desk.

Why not find out about the many ways your business can profit with the Micro-Twin? Just phone your near-by Burroughs representative for the complete story. Burroughs Corporation, Detroit 32, Michigan.