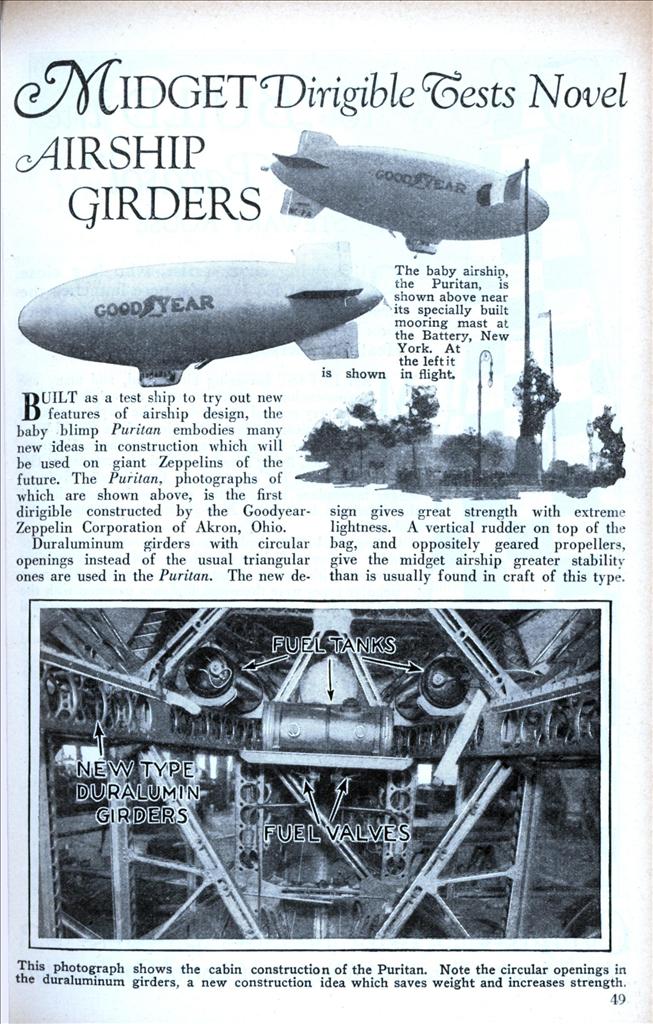 BUILT as a test ship to try out new features of airship design, the baby blimp Puritan embodies many new ideas in construction which will be used on giant Zeppelins of the future. The Puritan, photographs of which are shown above, is the first dirigible constructed by the Goodyear-Zeppelin Corporation of Akron, Ohio.

Duraluminum girders with circular openings instead of the usual triangular ones are used in the Puritan. The new design gives great strength with extreme lightness. A vertical rudder on top of the bag, and oppositely geared propellers, give the midget airship greater stability than is usually found in craft of this type.