Well this one certainly did come true. 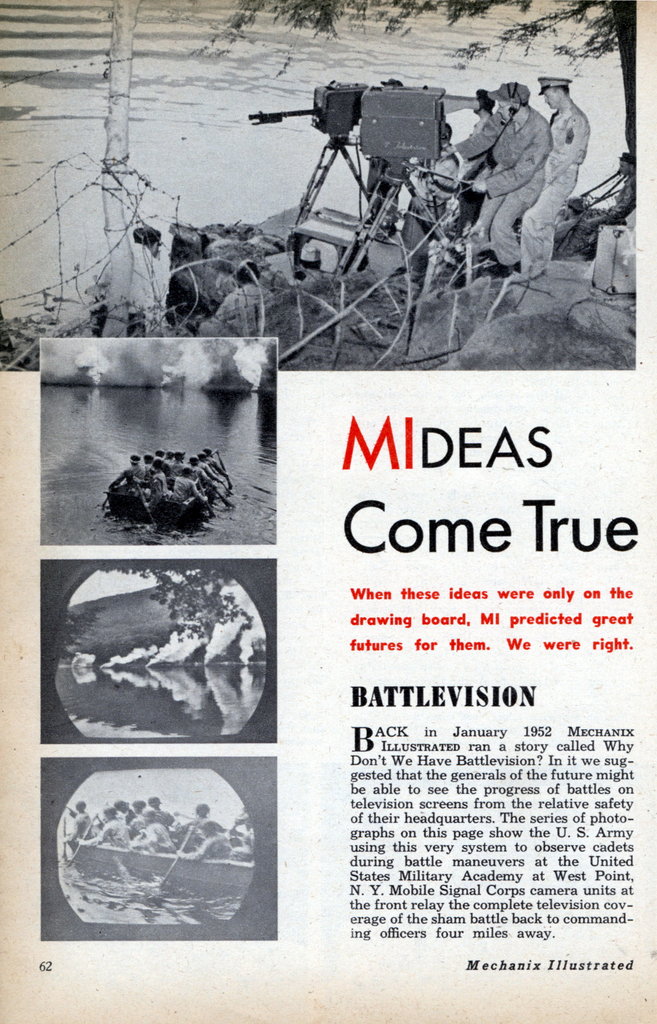 When these ideas were only on the drawing board. Ml predicted great futures for them. We were right.
BATTLEVISION

BACK in January 1952 Mechanix Illustrated ran a story called Why Don’t We Have Battlevision? In it we suggested that the generals of the future might be able to see the progress of battles on television screens from the relative safety of their headquarters. The series of photographs on this page show the U.S. Army using this very system to observe cadets during battle maneuvers at the United States Military Academy at West Point, N.Y. Mobile Signal Corps camera units at the front relay the complete television coverage of the sham battle back to commanding officers four miles away.