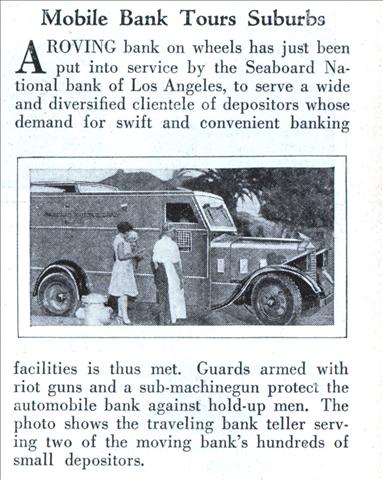 A ROVING bank on wheels has just been put into service by the Seaboard National bank of Los Angeles, to serve a wide and diversified clientele of depositors whose demand for swift and convenient banking facilities is thus met. Guards armed with riot guns and a sub-machinegun protect the automobile bank against hold-up men. The photo shows the traveling bank teller serving two of the moving bank’s hundreds of small depositors.