How is this not a tank? 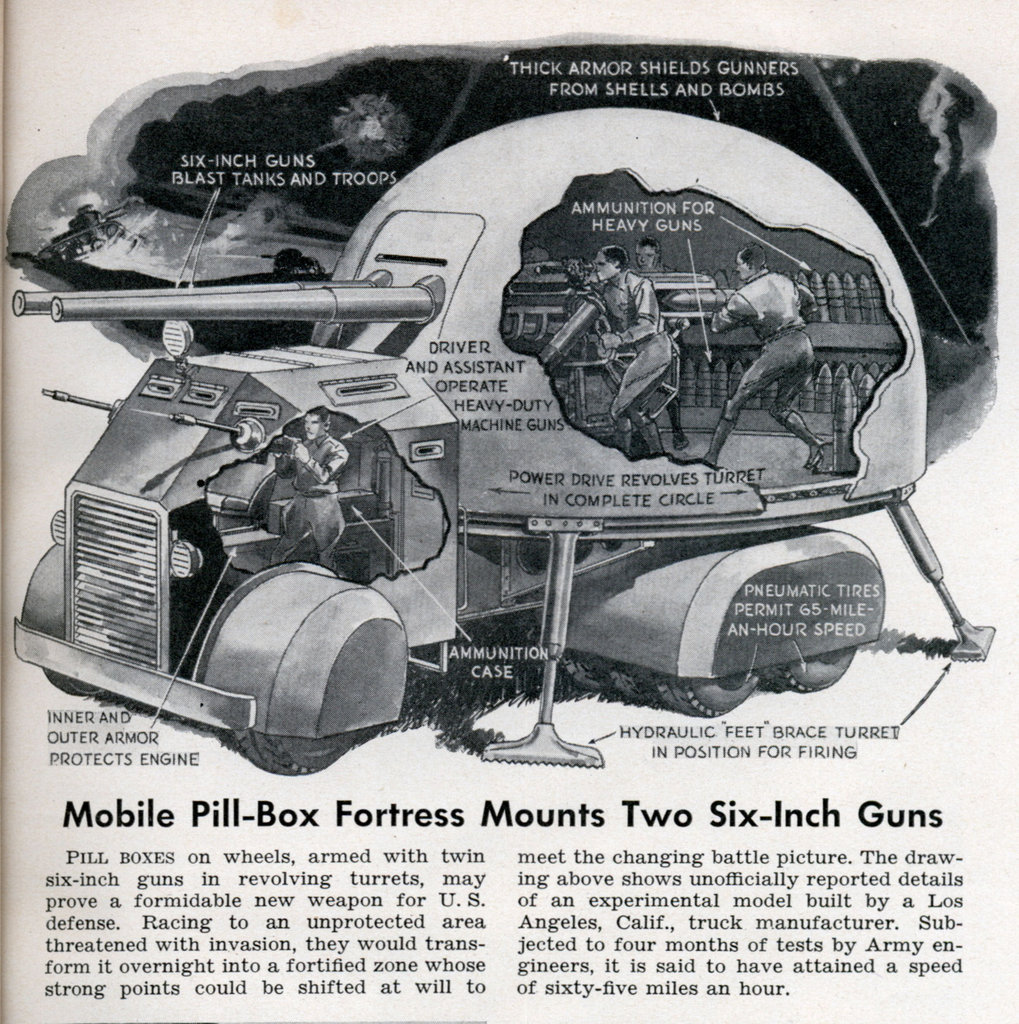 Pill boxes on wheels, armed with twin six-inch guns in revolving turrets, may prove a formidable new weapon for U.S. defense. Racing to an unprotected area threatened with invasion, they would transform it overnight into a fortified zone whose strong points could be shifted at will to meet the changing battle picture. The drawing above shows unofficially reported details of an experimental model built by a Los Angeles, Calif., truck manufacturer. Subjected to four months of tests by Army engineers, it is said to have attained a speed of sixty-five miles an hour.