More Doctors smoke Camels THAN ANY OTHER CIGARETTE (Aug, 1946) 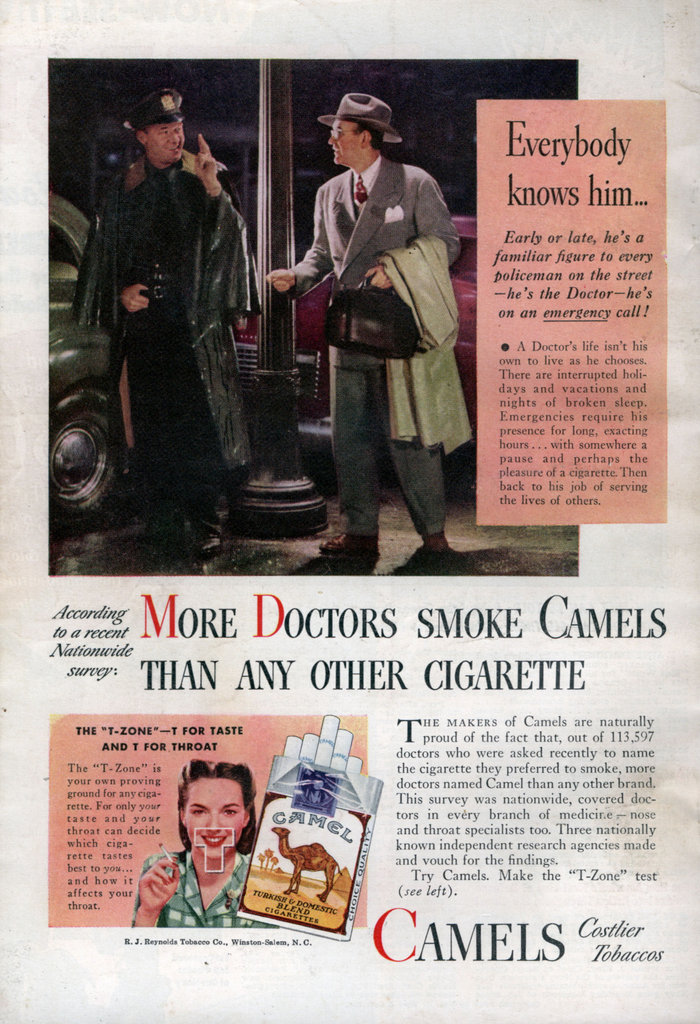 Everybody knows him… Early or late, he’s a familiar figure to every policeman on the street â€”he’s the Doctorâ€”he’s on an emergency call!

A Doctor’s life isn’t his own to live as he chooses. There are interrupted holidays and vacations and nights of broken sleep. Emergencies require his presence for long, exacting hours . . . with somewhere a pause and perhaps the pleasure of a cigarette. Then back to his job of serving the lives of others.

The makers of Camels are naturally proud of the fact that, out of 113,597 doctors who were asked recently to name the cigarette they preferred to smoke, more doctors named Camel than any other brand. This survey was nationwide, covered doctors in every branch of medicine â€” nose and throat specialists too. Three nationally known independent research agencies made and vouch for the findings.