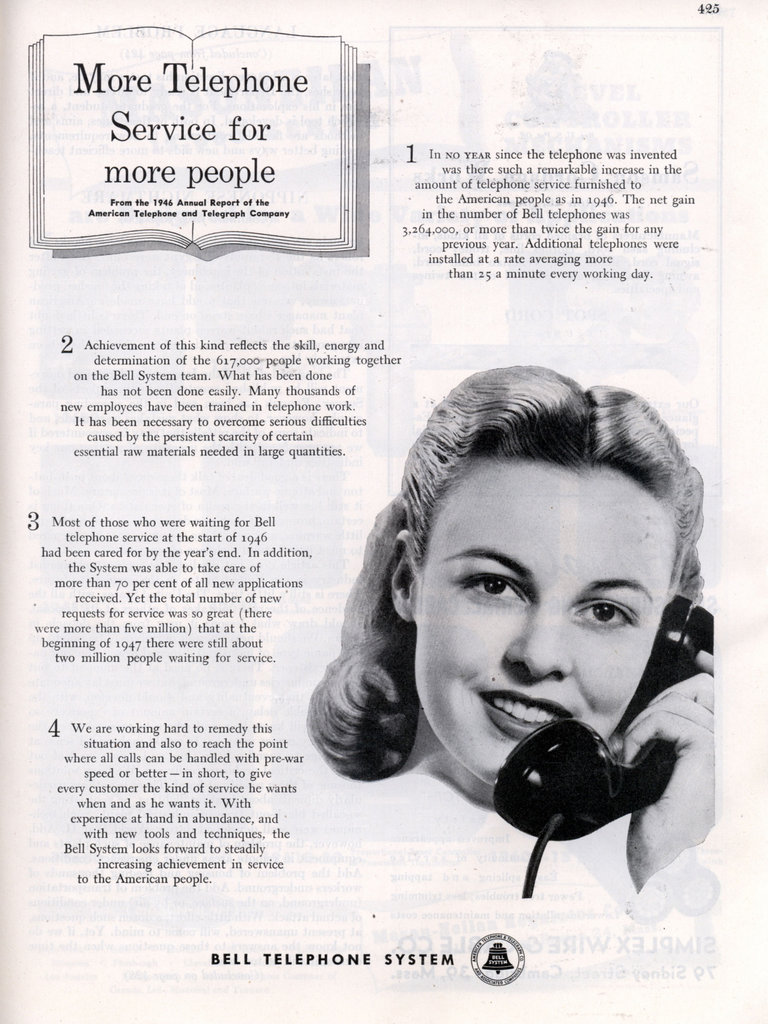 From The 1946 Annual Report of the American Telephone and Telegraph Company.

1. In no year since the telephone was invented was there such a remarkable increase in the amount of telephone service furnished to the American people as in 1946. The net gain in the number of Bell telephones was 3,264,000, or more than twice the gain for any previous year. Additional telephones were installed at a rate averaging more than 25 a minute every working day.

2. Achievement of this kind reflects the skill, energy and determination of the 617,000 people working together on the Bell System team. What has been done has not been done easily. Many thousands of new employees have been trained in telephone work. It has been necessary to overcome serious difficulties caused by the persistent scarcity of certain essential raw materials needed in large quantities.

3. Most of those who were waiting for Bell telephone service at the start of 1946 had been cared for by the year’s end. In addition, the System was able to take care of more than 70 per cent of all new applications received. Yet the total number of new requests for service was so great (there were more than five million) that at the beginning of 1947 there were still about two million people waiting for service.

4. We are working hard to remedy this situation and also to reach the point where all calls can be handled with pre-war speed or better —in short, to give every customer the kind of service he wants when and as he wants it. With experience at hand in abundance, and with new tools and techniques, the Bell System looks forward to steadily increasing achievement in service to the American people.