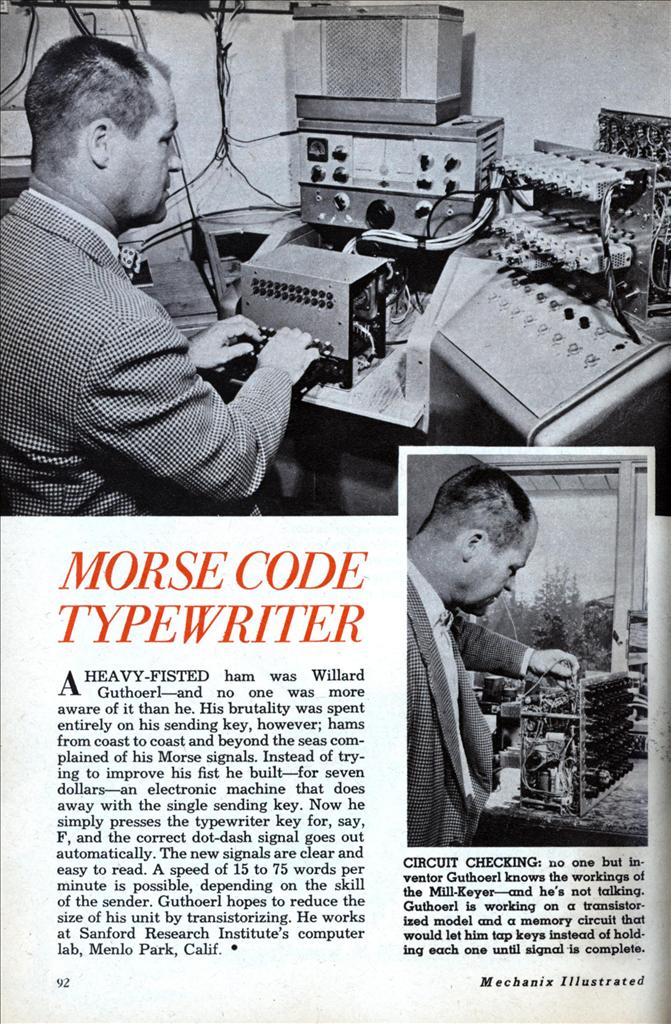 A HEAVY-FISTED ham was Willard Guthoerl—and no one was more aware of it than he. His brutality was spent entirely on his sending key, however; hams from coast to coast and beyond the seas complained of his Morse signals. Instead of trying to improve his fist he built—for seven dollars—an electronic machine that does away with the single sending key. Now he simply presses the typewriter key for, say, F, and the correct dot-dash signal goes out automatically. The new signals are clear and easy to read. A speed of 15 to 75 words per minute is possible, depending on the skill of the sender. Guthoerl hopes to reduce the size of his unit by transistorizing. He works at Sanford Research Institute’s computer lab, Menlo Park, Calif.