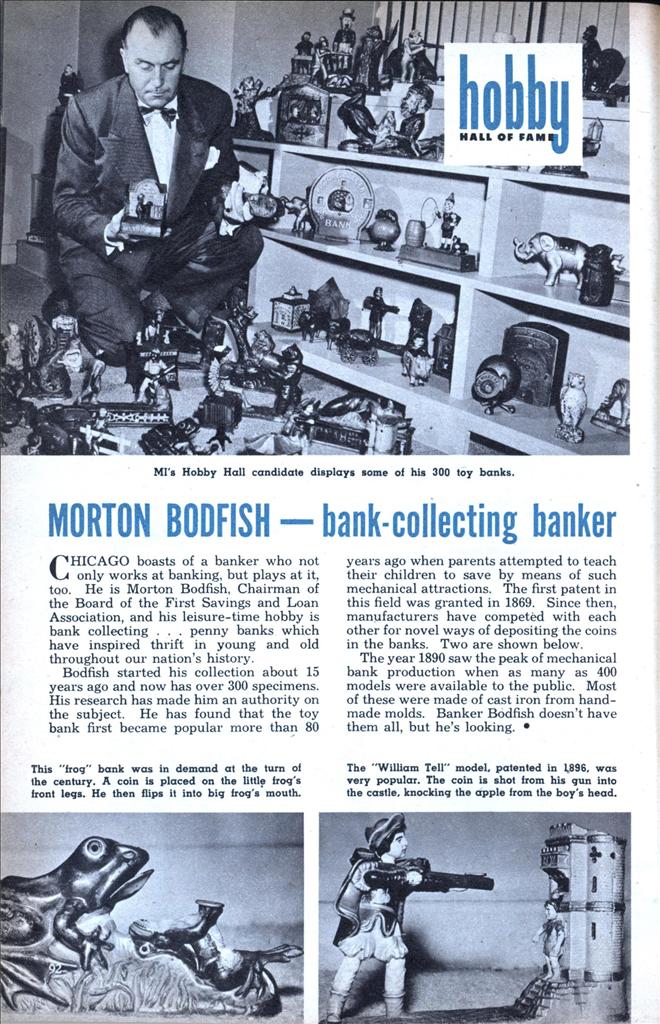 CHICAGO boasts of a banker who not only works at banking, but plays at it, too. He is Morton Bodfish, Chairman of the Board of the First Savings and Loan Association, and his leisure-time hobby is bank collecting . . . penny banks which have inspired thrift in young and old throughout our nation’s history.

Bodfish started his collection about 15 years ago and now has over 300 specimens. His research has made him an authority on the subject. He has found that the toy bank first became popular more than 80 years ago when parents attempted to teach their children to save by means of such mechanical attractions. The first patent in this field was granted in 1869. Since then, manufacturers have competed with each other for novel ways of depositing the coins in the banks. Two are shown below.

The year 1890 saw the peak of mechanical bank production when as many as 400 models were available to the public. Most of these were made of cast iron from handmade molds. Banker Bodfish doesn’t have them all, but he’s looking. •