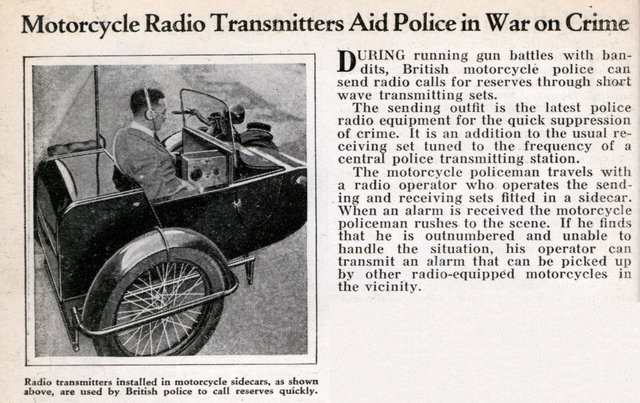 The sending outfit is the latest police radio equipment for the quick suppression of crime. It is an addition to the usual receiving set tuned to the frequency of a central police transmitting station.

The motorcycle policeman travels with a radio operator who operates the sending and receiving sets fitted in a sidecar. When an alarm is received the motorcycle policeman rushes to the scene. If he finds that he is outnumbered and unable to handle the situation, his operator can transmit an alarm that can be picked up by other radio-equipped motorcycles in the vicinity.