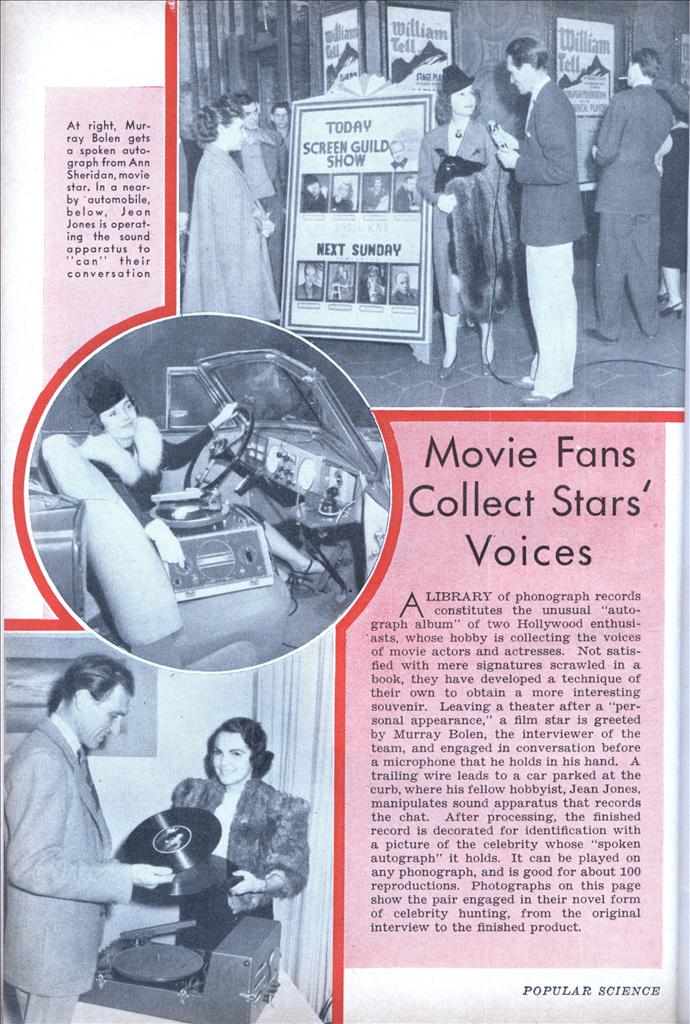 Movie Fans Collect Stars’ Voices
A LIBRARY of phonograph records constitutes the unusual “autograph album” of two Hollywood enthusiasts, whose hobby is collecting the voices of movie actors and actresses. Not satisfied with mere signatures scrawled in a book, they have developed a technique of their own to obtain a more interesting souvenir. Leaving a theater after a “personal appearance,” a film star is greeted by Murray Bolen, the interviewer of the team, and engaged in conversation before a microphone that he holds in his hand. A trailing wire leads to a car parked at the curb, where his fellow hobbyist, Jean Jones, manipulates sound apparatus that records the chat. After processing, the finished record is decorated for identification with a picture of the celebrity whose “spoken autograph” it holds. It can be played on any phonograph, and is good for about 100 reproductions. Photographs on this page show the pair engaged in their novel form of celebrity hunting, from the original interview to the finished product.