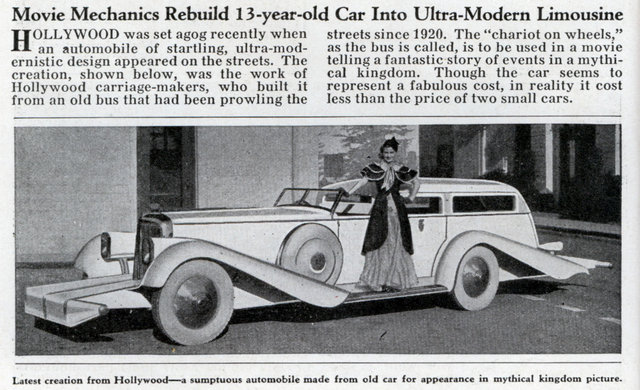 HOLLYWOOD was set agog recently when an automobile of startling, ultra-modernistic design appeared on the streets. The creation, shown below, was the work of Hollywood carriage-makers, who built it from an old bus that had been prowling the streets since 1920. The “chariot on wheels,” as the bus is called, is to be used in a movie telling a fantastic story of events in a mythical kingdom. Though the car seems to represent a fabulous cost, in reality it cost less than the price of two small cars.