Of course the hole in the wall she was posing for was called the “U-Tube”. 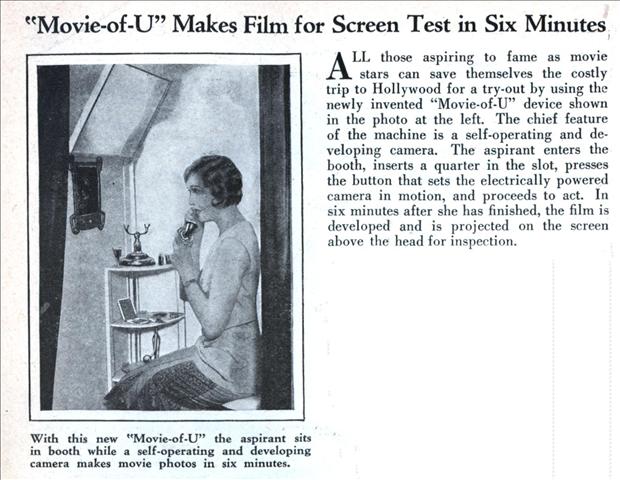 ALL those aspiring to fame as movie stars can save themselves the costly trip to Hollywood for a try-out by using the newly invented “Movie-of-U” device shown in the photo at the left. The chief feature of the machine is a self-operating and developing camera. The aspirant enters the booth, inserts a quarter in the slot, presses the button that sets the electrically powered camera in motion, and proceeds to act. In six minutes after she has finished, the film is developed and is projected on the screen above the head for inspection.