This looks like the grandpappy of all those fishing video games that are so popular right now. 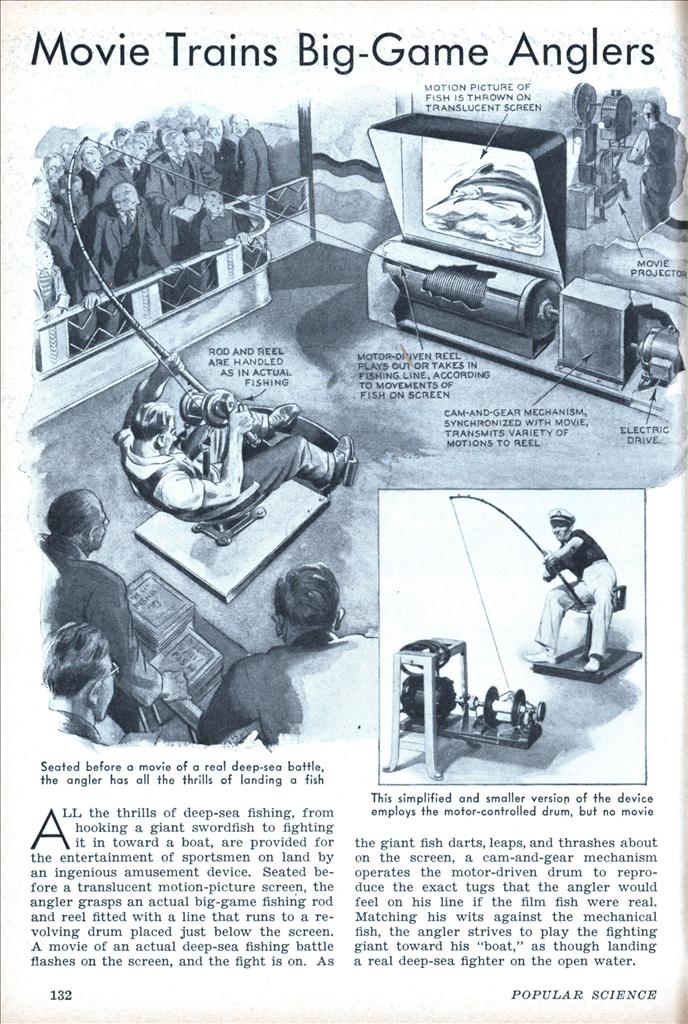 Movie Trains Big-Game Anglers
ALL the thrills of deep-sea fishing, from hooking a giant swordfish to fighting it in toward a boat, are provided for the entertainment of sportsmen on land by an ingenious amusement device. Seated before a translucent motion-picture screen, the angler grasps an actual big-game fishing rod and reel fitted with a line that runs to a revolving drum placed just below the screen. A movie of an actual deep-sea fishing battle flashes on the screen, and the fight is on. As the giant fish darts, leaps, and thrashes about on the screen, a cam-and-gear mechanism operates the motor-driven drum to reproduce the exact tugs that the angler would feel on his line if the film fish were real. Matching his wits against the mechanical fish, the angler strives to play the fighting giant toward his “boat,” as though landing a real deep-sea fighter on the open water.