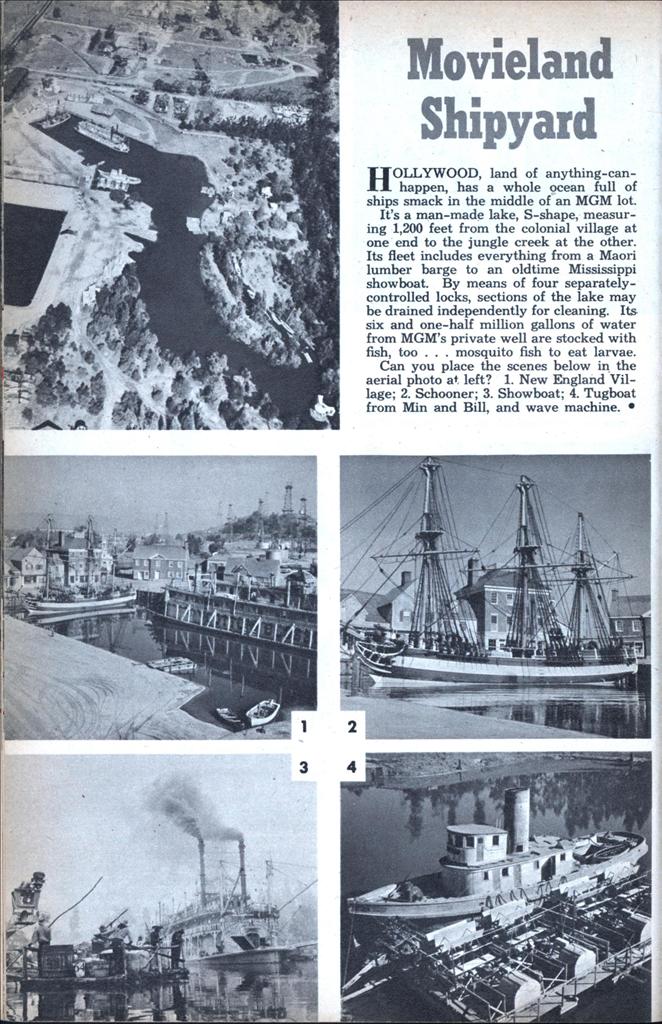 It’s a man-made lake, S-shape, measuring 1,200 feet from the colonial village at one end to the jungle creek at the other. Its fleet includes everything from a Maori lumber barge to an oldtime Mississippi showboat. By means of four separately-controlled locks, sections of the lake may be drained independently for cleaning. Its six and one-half million gallons of water from MGM’s private well are stocked with fish, too . . . mosquito fish to eat larvae.

Can you place the scenes below in the aerial photo at left? 1. New England Village; 2. Schooner; 3. Showboat; 4. Tugboat from Min and Bill, and wave machine.