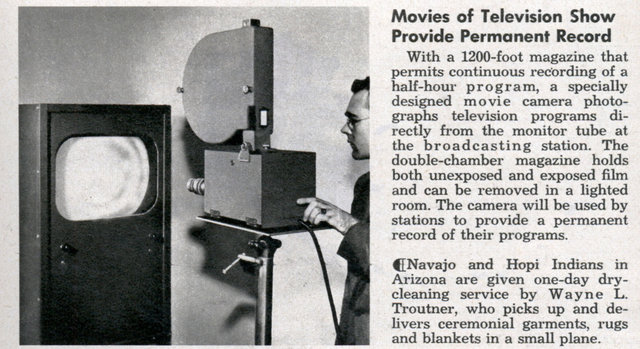 Movies of Television Show Provide Permanent Record
With a 1200-foot magazine that permits continuous recording of a half-hour program, a specially designed movie camera photographs television programs directly from the monitor tube at the broadcasting station. The double-chamber magazine holds both unexposed and exposed film and can be removed in a lighted room. The camera will be used by stations to provide a permanent record of their programs.