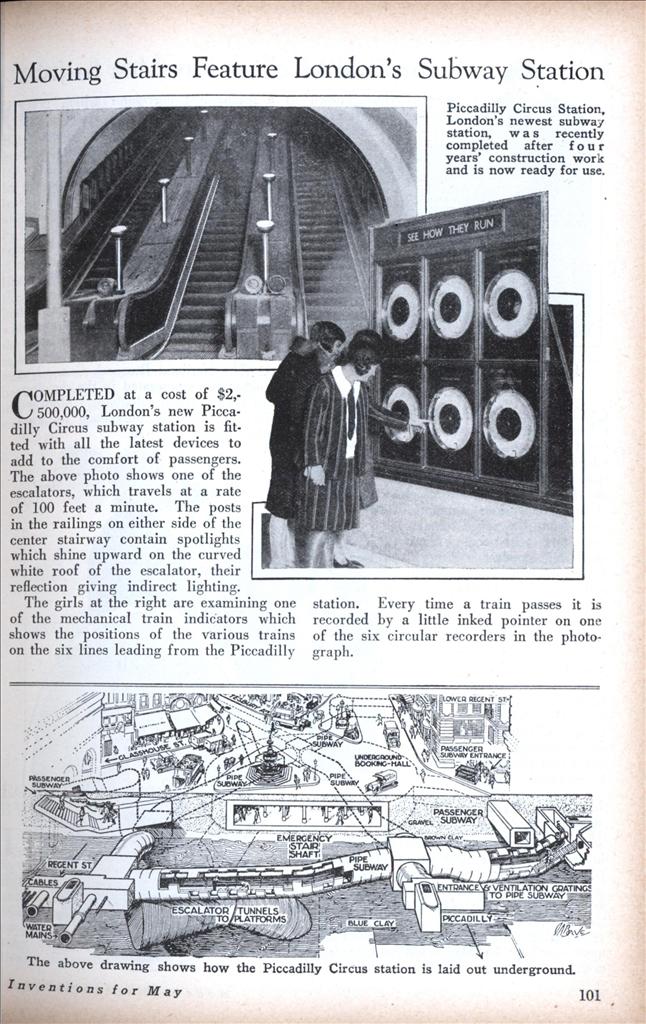 COMPLETED at a cost of $2,500,000, London’s new Piccadilly Circus subway station is fitted with all the latest devices to add to the comfort of passengers. The above photo shows one of the escalators, which travels at a rate of 100 feet a minute. The posts in the railings on either side of the center stairway contain spotlights which shine upward on the curved white roof of the escalator, their reflection giving indirect lighting.

The girls at the right are examining one of the mechanical train indicators which shows the positions of the various trains on the six lines leading from the Piccadilly
station. Every time a train passes it is recorded by a little inked pointer on one of the six circular recorders in the photograph.