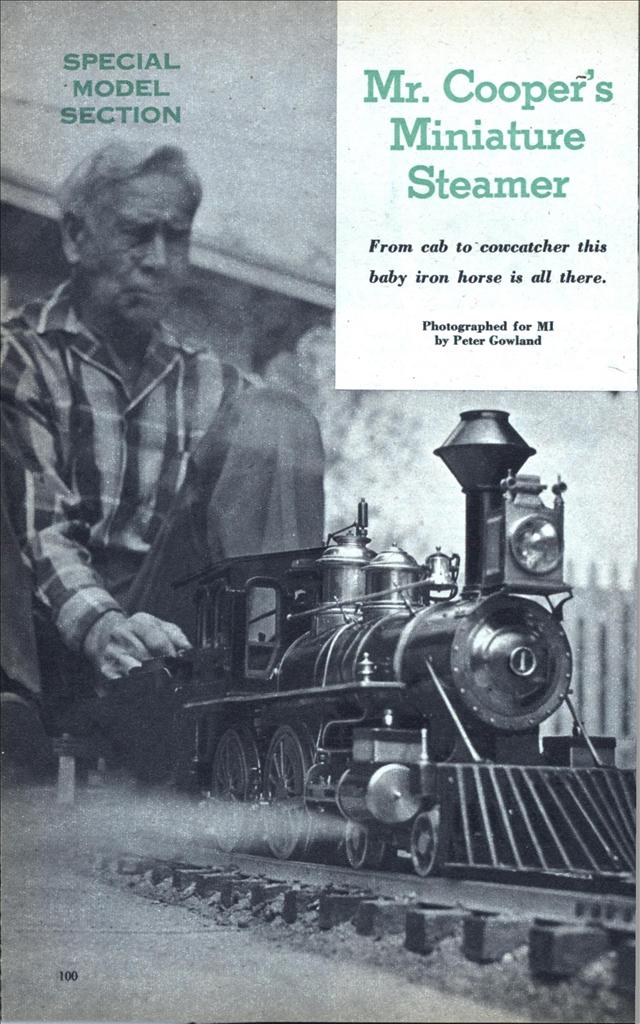 From cab to cowcatcher this baby iron horse is all there.

Photographed for MI by Peter Gowland.

FOR W.A. COOPER of Arcadia, Calif., an ex-Canadian Pacific machinist, small steam locomotives have been a lifetime preoccupation. At 14 he built a model engine entirely of wood; the smooth little American 4-4-0 he now operates is a far cry from that. Reconstructed from a blueprint of a locomotive built in 1880 and used on the Bedford and Bloomfield Railroad, Indiana, his present model may very well be a better engine than its original. Besides hand tooling all components down to the tiny valves, hinges and screws, Cooper developed a special water pump for it. All fixtures are brass and the boiler is copper. With a real coal fire in its Lilliputian firebox and a good head of steam, the locomotive can do 15 mph, pull six people loaded on small flat cars. Special coal is imported from Wales.