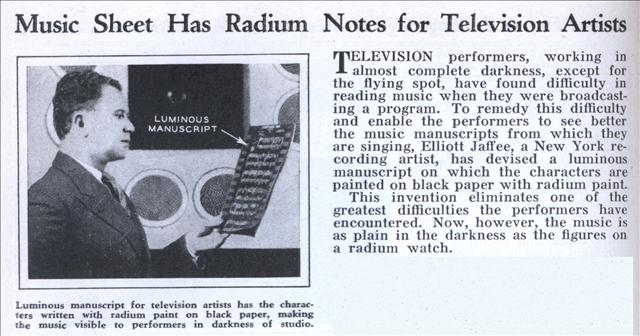 TELEVISION performers, working in almost complete darkness, except for the flying spot, have found difficulty in reading music when they were broadcasting a program. To remedy this difficulty and enable the performers to see better the music manuscripts from which they are singing, Elliott Jaffee, a New York recording artist, has devised a luminous manuscript on which the characters are painted on black paper with radium paint. This invention eliminates one of the greatest difficulties the performers have encountered. Now, however, the music is as plain in the darkness as the figures on a radium watch.