“Mystery Plane” flaps Self to Pieces in Trial Flight (Jan, 1929) 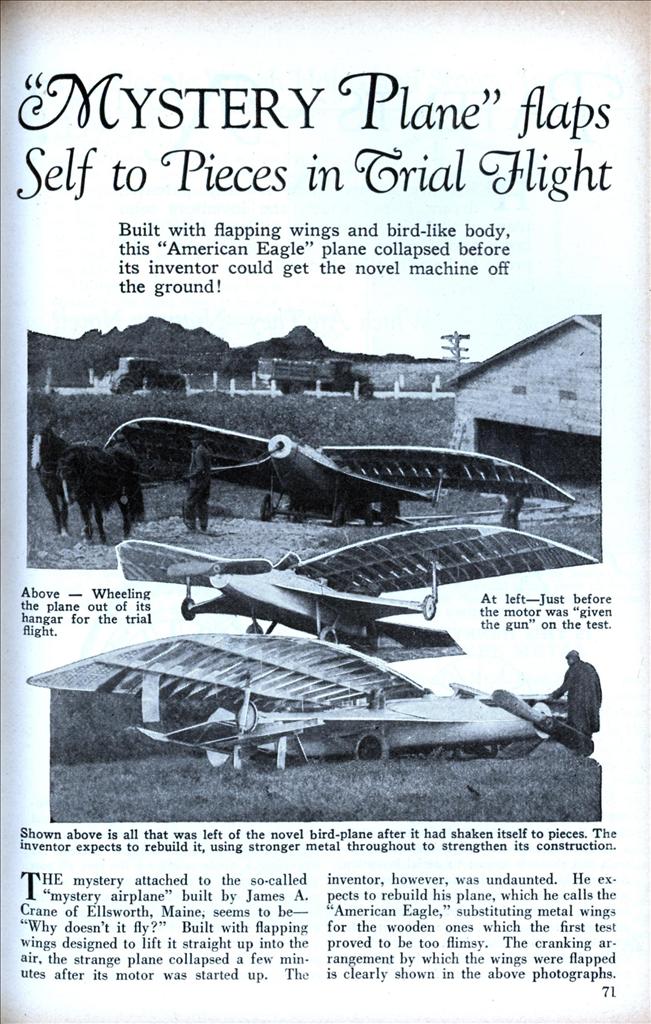 “Mystery Plane” flaps Self to Pieces in Trial Flight

Built with flapping wings and bird-like body, this “American Eagle” plane collapsed before its inventor could get the novel machine off the ground!

THE mystery attached to the so-called “mystery airplane” built by James A. Crane of Ellsworth, Maine, seems to be— “Why doesn’t it fly?” Built with flapping wings designed to lift it straight up into the air, the strange plane collapsed a few minutes after its motor was started up. The inventor, however, was undaunted. He expects to rebuild his plane, which he calls the “American Eagle,” substituting metal wings for the wooden ones which the first test proved to be too flimsy. The cranking arrangement by which the wings were flapped is clearly shown in the above photographs.