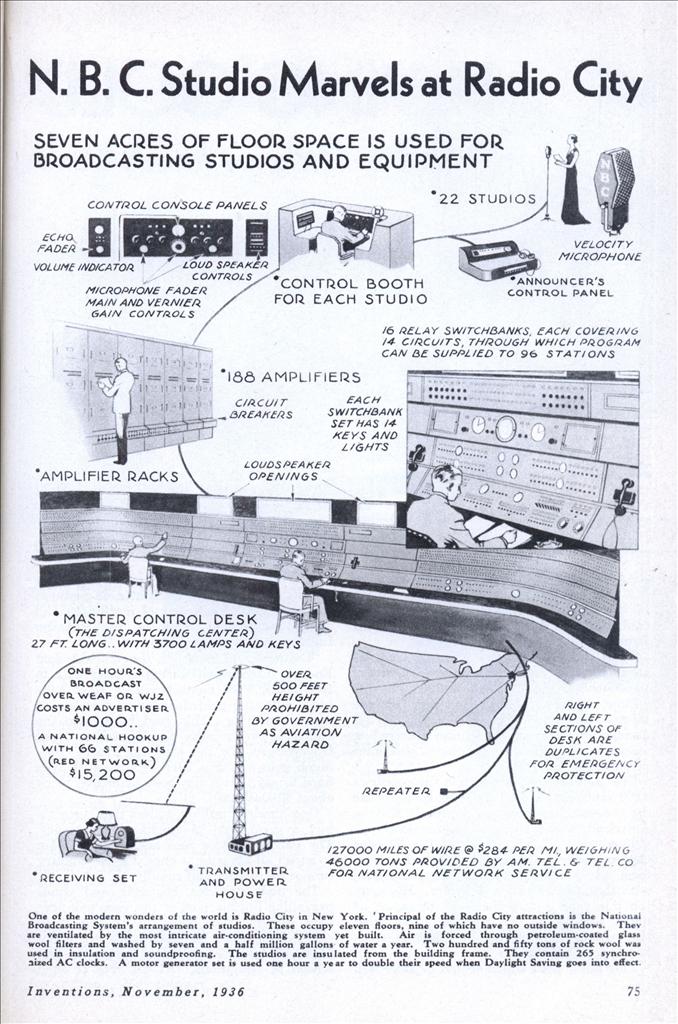 One of the modern wonders of the world is Radio City in New York. ‘ Principal of the Radio City attractions is the National Broadcasting System’s arrangement of studios. These occupy eleven floors, nine of which have no outside windows. They are ventilated by the most intricate air-conditioning system yet built. Air is forced through petroleum-coated glass wool filters and washed by seven and a half million gallons of water a year. Two hundred and fifty tons of rock wool was used in insulation and soundproofing. The studios are insulated from the building frame. They contain 265 synchronized AC clocks. A motor generator set is used one hour a year to double their speed when Daylight Saving goes into effect.