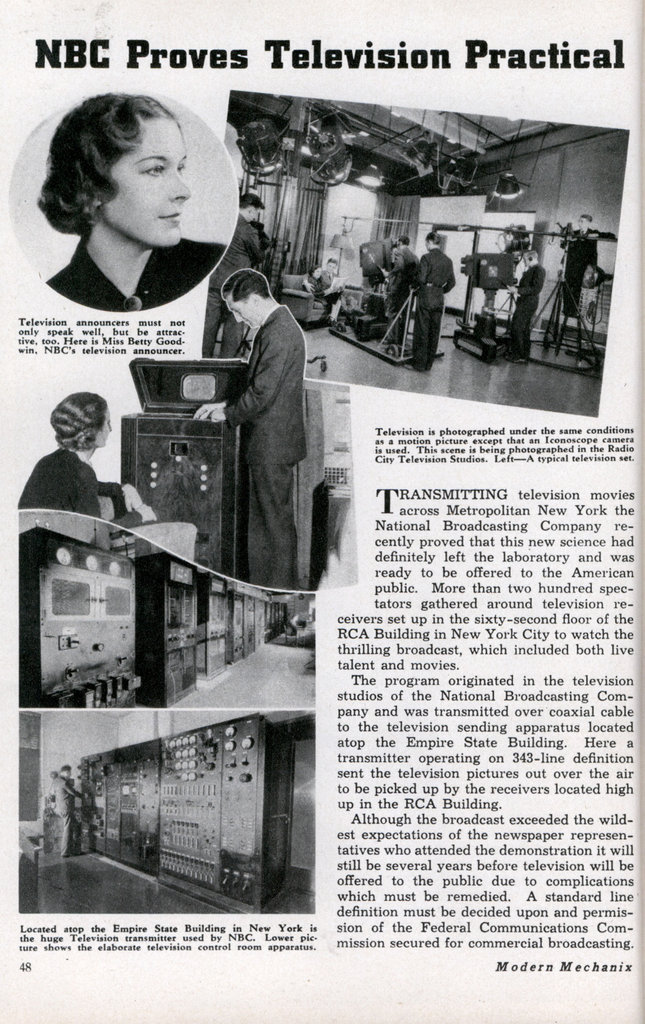 TRANSMITTING television movies across Metropolitan New York the National Broadcasting Company recently proved that this new science had definitely left the laboratory and was ready to be offered to the American public. More than two hundred spectators gathered around television receivers set up in the sixty-second floor of the RCA Building in New York City to watch the thrilling broadcast, which included both live talent and movies.

The program originated in the television studios of the National Broadcasting Company and was transmitted over coaxial cable to the television sending apparatus located atop the Empire State Building. Here a transmitter operating on 343-line definition sent the television pictures out over the air
to be picked up by the receivers located high up in the RCA Building.

Although the broadcast exceeded the wildest expectations of the newspaper representatives who attended the demonstration it will still be several years before television will be offered to the public due to complications which must be remedied. A standard line definition must be decided upon and permission of the Federal Communications Commission secured for commercial broadcasting.