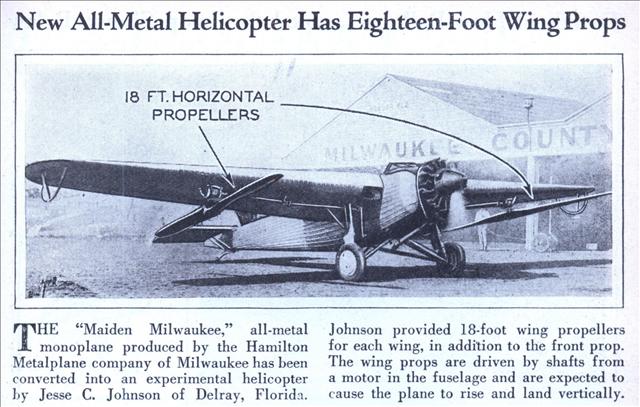 THE “Maiden Milwaukee,” all-metal monoplane produced by the Hamilton Metalplane company of Milwaukee has been converted into an experimental helicopter by Jesse C. Johnson of Delray, Florida. Johnson provided 18-foot wing propellers for each wing, in addition to the front prop. The wing props are driven by shafts from a motor in the fuselage and are expected to cause the plane to rise and land vertically.